Asaba: Civil servants working in Government House, Asaba, Delta State have appealed to Governor Ifeanyi Okowa to intervene by getting their names which were omitted in error from the final list of those approved to receive Special Duty Allowance (SDA) after the revalidation exercise.

The workers who spoke to Banner online News on condition of anonymity said their appeal has become necessary because while they continued to do the jobs for which the SDA was approved, they are not benefitting from the accompanying emoluments like their other colleagues who are fortunate to have their names on the list.

Their complaint is that in January 2016, Governor Okowa ordered the revalidation of beneficiaries of Special Duty allowance approved for certain categories of civil servants in the State, including workers in Government house, Cabinet Office, Accountant General’s office, among others.

“Sadly, at the end of the exercise, many workers in Government House, including journalists, protocol officers, drivers, clerks, gardeners, among others had their names erroneously omitted. All efforts to get their names back to benefit from the SDA proved abortive as it was claimed that the Governor was not ready to listen to any update, thereby denying innocent workers of their entitlements which is about 25 percent of their salary for one year,” the workers declared, adding: “We hereby appeal to the Governor now to kindly approve that the omission of our names be corrected so that workers in government House can be on the same page with others. 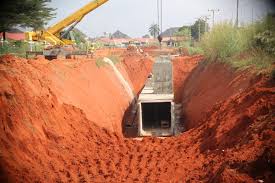