A High Court of the Federal Capital Territory sitting at Maitama, on Wednesday, struck out the 18-count corruption charge the Federal Government preferred against Justice Adeniyi Ademola, his wife, Olabowale and a Senior Advocate of Nigeria, Mr. Joe Agi.

The court held that FG failed to prove any of the allegations it leveled against the embattled Judge who hitherto served at the Abuja Division of the Federal High Court. Consequently, trial Justice Jude Okeke, in a ruling that lasted over five hours, terminated further hearing on the criminal case, even as he discharged and acquitted all the defendants.

Justice Okeke held that FG failed to establish that Ademola received gratifications from Agi to the tune of N38.5m, including a BMW Saloon 320i car gift. FG had alleged that Justice Ademola got N30million from the senior lawyer through a Guarantee Trust Bank, GTB, account number 201/110160/1/1/0, operated by his wife who was the former Head of Service in Lagos State.

However, all the defendants, through their respective lawyers, entered a no-case-submission, insisting that FG did not establish a prima-facie criminal case against them capable of persuading the court to compel them to enter their defense to the charge.

While upholding their no-case submission, Justice Okeke held that the prosecution could not link the N30million Mrs Ademola received from Agi, SAN, to any particular case being handled by her husband. He also held that FG could not tender any evidence showing that the said N30m was at any time, transferred to any bank account that belongs to the 1st defendant (Ademola). “None of the witnesses identified or tendered evidence to show that N30m was paid into any bank account of the 1st defendant either by the 2nd or the 3rd defendants”.

Though Justice Okeke took cognisance of a statement the 3rd defendant made before the DSS, where he admitted that it was two of his clients that directed him to pay the N30m to Mrs Ademola as gift during her daughters wedding in April, 2015. The Judge however noted that the lead investigator, PW-16, in his evidence-in-chief, said he could not establish any link between the monetary gift and any case that was handled by the 1st defendant. According to Justice Okeke, the PW-16, who was reminded that President Muhammadu Buhari’s lawyer, Mr. Kola Awodehin, SAN, equally gave Justice Ademola N.5m gift during his daughter’s wedding, at a time Buhari’s certificate case was pending before his court, had stated that misinterpreting such gesture as gratification would amount to speculation. “This court totally agrees with the PW-16 that taking the N30m gift the 3rd defendant paid into the account of the 2nd defendant as bribe will be speculative and no court can convict based on speculation.

“A court of law reckons with hardcore evidence placed before it and not on speculations as to why the payments were made”, the Judge added. He held that the prosecution failed to discharge the burden of proof placed upon it by the law.

It will be recalled that Justice Ademola who is a grandson to a former Chief Justice of Nigeria, was among seven superior court Judges that were arrested after a sting operation the Department of State Service, DSS, conducted between October 7 and 8, 2016. The National Judicial Council, NJC, had asked him to temporarily step down from the bench pending determination of allegations 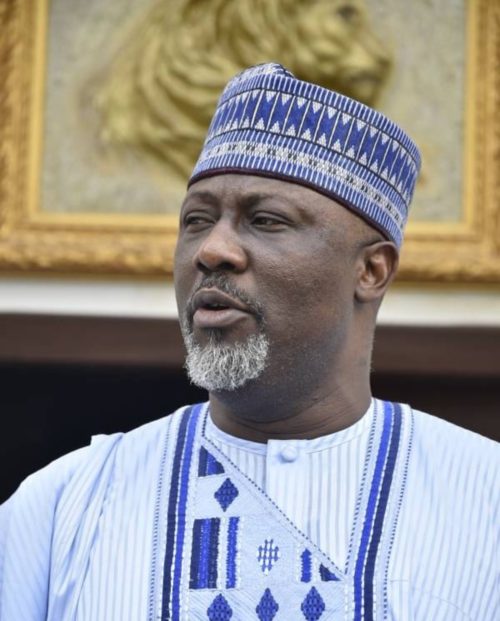