The Federal High Court in Lagos on Monday ordered that a 12-storey building at 27, Marine Road, Apapa, belonging to Senator Peter Nwaoboshi (PDP-Delta North Senatorial District), should be under the temporary custody of the Economic and Financial Crimes Commission (EFCC)  until the conclusion of investigations.

The order followed an application by the Economic and Financial Crimes Commission (EFCC) and argued by its counsel, George Chia-yakua, against Senator Nwaoboshi and his two companies: Golden Touch Construction Project Limited, and Bilderberg Enterprises Limited.

Urging the court to grant the application, the EFCC counsel told the court that the application was pursuant to section 44(2)(k) of the Constitution of the Federal Republic of Nigeria, 1999 (as amended), and Sections 28 and 29 of the EFCC (Establishment) Act 2004.

He further told the court that the commission had received a petition from the anti-corruption group, ‘Anti-Corruption and Integrity Forum’, against the senator and his companies, alleging money-laundering against the Senator, who is the chairman of the Senate Committee on Niger Delta Affairs.

In an affidavit in support of the application, Garuba Yusuf Abubakar stated that upon receiving the petition, several investigations were commenced with a view to tracing the movement of funds suspected to be proceeds of illegal activities, the source of funds, and the beneficiaries.  Included in the inquiry were the Code of Conduct Bureau, banks, the Delta State Governor’s office, the Delta State Tenders Board, the Nigeria Customs Service, the Lagos State Ministry of Lands, the Federal Inland Revenue Service, and the Corporate Affairs Commission (CAC),

The deponent stated that sometime in 2010, the Tender Boards of Delta State awarded a contract to the Senator’s second company, Bilderberg Enterprises Limited, to purchase new construction equipment for the Delta State Direct Labour Agency, for N1.580 billion.  He alleged that rather than buying new equipment, the company only imported and supplied used equipment to the agency, although the state government fully paid for new ones.

Mr. Abubakar further stated that the investigation revealed that the Senator moved the proceeds to various accounts linked to him, and his company bided and bought the said 12-storey building known as “Guinea House” in Apapa for N805 million, with the use of his first company, Golden Touch Construction Project Limited, adding that response from the Secretary to Delta State Government shows the sale of the building was to the Senator’s company.

He further stated that in the assets declaration form submitted to the Code of Conduct Bureau in June 2015, Senator Nwaoboshi claimed he acquired the said property at Apapa through being a Director of Golden Touch Construction Projects Limited, a claim that was contradicted by the Corporate Affairs Commission, which revealed that the Senator is neither a shareholder nor a director of the company.  Similarly, Nwanbuoku Ike and Emma Ekpon, the purported directors and shareholders, in their judicial statements denied knowledge of being directors and shareholders of the company, affirming that the presence of their names in the CAC documents was forged.

The deponent also averred that further investigation revealed that the Senator’s Bank Verification Number (BVN) 22300559079, has 20 Bank accounts he operates in Nigeria, while his private companies through BVN 22244303840, have 23 Bank accounts.

Mr. Abubakar also stated further that he was informed on April 6, 2017, by E. E. Iheanancho, an EFCC lawyer, about an order of the court attaching the said 12-storey building to the Commission to prevent its disposal pending the conclusion of the investigation and when a criminal charge will be filed against Senator Nwaoboshi and his companies.

Justice Abdulaziz Anka, after listening to the EFCC counsel, ordered that the property at 27, Marine Road, Apapa, belonging to Senator Nwaoboshi, be temporarily forfeited to the federal government pending the conclusion of investigation. 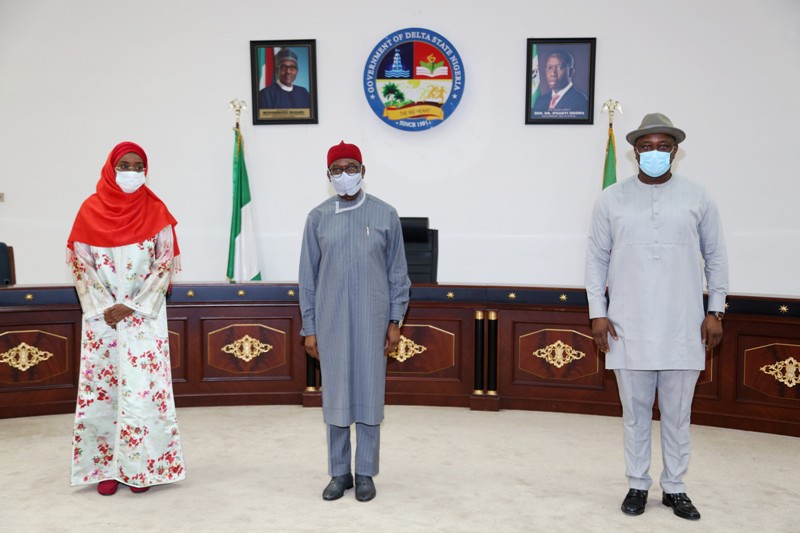