Home Labour Delta Assembly workers to Speaker: Obey law made by the Assembly

An atmosphere of uneasy calm pervades the Delta State House of Assembly as the workers under the aegis of Parliamentary Staff Association of Nigeria (PASAN) have accused the Speaker, Rt. Hon. Monday Igbuya, and the Principal officers of the Assembly of not obeying the law it made in the process leading to the appointment of the Deputy Clerk of the House.

The workers made the accusation in a letter addressed to the Speaker and copied to all the lawmakers and other relevant bodies in the State.

The letter dated 31st March, 2017 and signed by the Chairman, Comrade Edozie Emmanueal and Secretary, Comrade Emmanuel Osubor, entitled “Re: Appointment of Deputy Clerk , the workers frowned at the process, choice and manner in which Barrister Otto Aghoghophia was nominated, selected and confirmed as Deputy Clerk of the House, pointing out that the officer in question is not qualified to be nominated and selected, and so should not be confirmed.

“Your attention is particularly drawn to section 13 (3) which states the criteria for the appointment of a Deputy Clerk.”

The section of the law states: “ The Deputy Clerk shall be a person with not less than 14 years working experience in the House and not below salary grade level 14.”

The PASAN letter therefore, informed the Speaker that this law is still in force and has neither been suspended nor repealed. “In clear and visible observation, the appointment of Barrister Otto Aghoghophia  who has been selected and confirmed Deputy Clerk negates this extant law of Delta State House of Assembly, reason being that , available records of service reveal that this said officer is not yet qualified for the position, as he was employed into Service on the 1st of March, 2004 and therefore has not attained the required number of years which is ‘not less than 14 years in service,” the workers declared, pointing out that “the appointment of Barrister Otto Aghoghophia, being that he is junior to a handful of officers in the Delta State House of Assembly Service Commission from the same senatorial district as himself/different senatorial districts, is irregular and brewing disharmony, acrimony and frustration.”

The workers’ union emphasized that the union is not in anyway interested in who is appointed the Deputy Clerk provided that the Speaker in-council select from amongst the qualified staff of the Commission.

PASAN then declared: “ It is our stand, and strong belief that the Legislature and its Leadership are a roadmap of modesty, honesty and conscientiousness, hence we call on the Speaker and Principal Officers of the House to, as a matter of urgency, correct this anomaly and have recourse to the law of the Legislature and nominal roll to appoint a qualified officer as Deputy Clerk for the Legislature.” 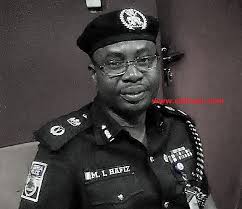 OPINION – How are the mighty fallen