Home News Fayose to Obasanjo: You’ve no moral right to accuse anyone of corruption

Fayose said it was hypocritical of the former president to claim that some church leaders in the country were not only encouraging corruption but also celebrating people with questionable sources of wealth.

Obasanjo made the accusation in Abeokuta, Ogun State, on Saturday, at the 2017 Convention Lecture of Victory Life Bible Church International while speaking on the theme, “The role of the church in the fight against corruption in Nigeria.”

In a statement issued, on Sunday, by his Special Assistant on Public Communications and New Media, Lere Olayinka, Fayose said that if anyone must accuse the church in Nigeria of promoting corruption, that person should not be Obasanjo, adding that the former president presided over the most corrupt government in the history of Nigeria.

“Where did Obasanjo get the stupendous wealth he is parading since he was a pauper before he became president? Where did he get the trillions of naira that he deployed to his failed third term bid?

“How can Obasanjo, under whose tenure, Nigeria witnessed the Halliburton scandal be sermonising about corruption?”

“Isn’t compelling state governors to make donations to the personal project of a serving president part of corruption?,” Fayose queried.

Maintaining that Obasanjo was the father of corruption in the present day Nigeria, Fayose asked, “Who introduced the politics of ‘Ghana-must-go’ bags to the National Assembly?

“Who was the president when sacks of money were displayed on the floor of the House of Representatives as bribe money given to some Reps members to impeach the then Speaker, Ghali N’abba?

“Under whose administration was the out-of-court settlement in the controversial $1.09bn Malabu oil block initiated in 2006?” 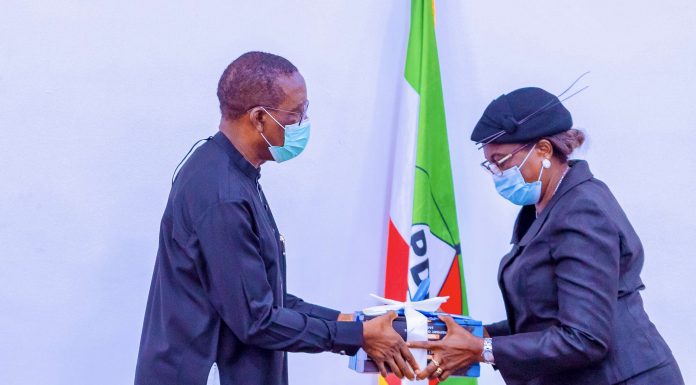 Why Nigeria must restructure or risk breakup, by Adeboye

PERSPECTIVE – Holding the centre in Accra