The Christian Association of Nigeria, CAN, has tasked the Nigerian government to ‘stop making excuses’ for what it regarded as government’s failure to curtail the menace of herdsmen attacks in the country.

Speaking with journalists in Abuja ahead of a five-day national programme of the Nigerian Baptists Convention at the National Stadium, Abuja, President of the convention who is also the President of CAN, Samson Ayokunle, said the killings by herdsmen in various attacks across the country portrays the inability of government to put an end to the problem.

“Just a few days ago, news broke again that some Fulani herdsmen allegedly added another 30 people to the list of people killed in southern Kaduna. The government appears not to be in control of the situation. Nigerians need not to continue to lose their lives like this where we have a government in place with all the necessary tools to provide security.

“Late last year, government announced that it was establishing a military battalion in addition to the police, just to curb this menace. It is therefore disheartening that innocent lives are being lost despite this.

“It is gratifying to note the swiftness in which the police apprehended the suspects in the Ile-Ife communal clash. It is however a wonder that since Fulani herdsmen have been killing farmers from every corner of the country, neither the police nor other security agencies have been able to either be as prompt in making arrest or in seeing prosecution through, regarding the matter.

“It is essential that the federal government in whose hands the instruments of cohesion lies quickly remedies the situation. It will be in the interest of national development and peaceful coexistence, if continuous killings have not been happening, we would not have been shouting wolf where there was not.

“We appeal to the government to desist from giving excuses any more, when the killings are still occurring. We want an end to be put to the killings henceforth. Enough is enough,” said Mr. Ayokunle.

He warned that the failure of government to ensure justice will be dangerous for the unity of Nigeria.

“Otherwise it will be to your tent oh Israel, where there has been continuous injustice”.

The CAN president said the theme of the national convention; ‘Moving Forward: Overcoming the Challenges of Life through Jesus Christ’, was apt in addressing the challenges of the country from the spiritual angle, stressing that although the current administration has achieved a huge success in the fight against the Boko Haram, a lot is necessary if peaceful coexistence and national development is to be achieved.

“We appreciate the Federal Government for waging war against Boko Haram and for sustaining it. We equally salute the courage of our gallant military and we shall continue to pray for them over this good work of defending the people on this matter.

“We commend as well the recent efforts of the Federal Government on the economy especially on strengthening the local currency. Salaries owed the workers all over the nation must be paid without delay. My Bible says that the wages of the workers must not be delayed overnight.

“All must be done in political appointments and in the conduct of government business to reflect federal character not only on ethnicity but equally ensuring religious balance. The more the government adheres to these admonitions, the more coherent we would be as a people and the greater the peace and development”.

Regarding the fight against corruption, Mr. Ayokunle called on government to ensure that it is fair and balanced, stressing that the Christian community in Nigeria has never and will never stand in support of corruption.

“We have advised the government to be more broad-minded in the fight against corruption.

“The position of the church has been a stance against corruption. No church in Nigeria preaches corruption.” 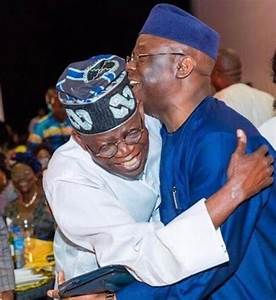