“I did what was an almost an impossible thing to do for a Republican-easily won the Electoral College!” Trump tweeted. “Now Tax Returns are brought up again?”

“Someone should look into who paid for the small organised rallies yesterday,” he added. “The election is over!”

Throughout his young presidency, Trump has frequently rehashed campaign-related controversies that other presidents would have long let go. Earlier this month, Trump knocked his former rival for one from the Democratic primary debates. (“Did Hillary Clinton ever apologise for receiving the answers to the debate?” he tweeted. “Just asking!”)

The organisers of the Tax March demonstrations said more than 120,000 protesters in nearly 200 cities participated in Saturday’s rallies — including more than 25,000 in Washington, D.C., alone.

“Releasing your tax returns is the lowest ethical bar for a president,” Sen. Ron Wyden, D-Ore., said at the D.C. protest. “And we’re going to make sure he clears that hurdle.”

In the modern political era, Trump is the first U.S. president and first major party nominee not to release his full tax returns. During the campaign, Trump initially indicated he would release the documents, but later balked at the prospect, claiming that he has been under audit and that voters don’t care about the issue.

Among other things, Trump’s critics argue that the tax returns could reveal potential conflicts of interest with actions he takes as commander in chief.

“We do care. We want to see his taxes,” Ann Demerlis, one of the protesters at the Philadelphia march, told ABC News. “It’s possible that he can now show his taxes, because his current taxes are not being audited.”

According to the organisers, the demonstrations were “not just about his tax returns.”

“President Trump needs to be straight with the American people,” a statement on the Tax March website reads.

“To whom does he owe favours? Who are his policies really intended to benefit? Who will he put first? Working families are struggling to make ends meet, but we pay our fair share in taxes — does Donald Trump pay any at all?”

But to Trump, this issue is no longer germane. 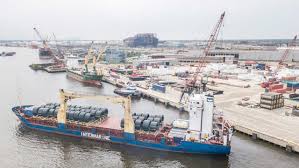