The Speaker, Delta House of Assembly, Monday Igbuya, representing Sapele constituency was this morning impeached and a new Speaker elected.

The Assembly, also at the plenary which was held in the hallowed chamber of the State House of Assembly, and presided over by the Deputy Speaker, Rt. Hon. Friday Osanebi with both the Clerk and Sergeant-at-arms, the custodian of the mace in attendance, removed Hon Tim Owhefere, (Isoko North) as the Majority Leader and elected Hon Johnson Erijo, (Isoko South II) as the new Majority Leader.

The House upon reconvening for the day’s business, called for opening prayers, said by Hon. Alphonsus Ojo, representing, Ukwuani constituency and thereafter, Hon Johnson Erijo armed with a list of members and coming under matters of urgent public importance moved for the removal of the Speaker, Rt Hon Monday Igbuya.

Hon Erijo said the removal became necessary following the incompetence of the former speaker, highhandedness and his unacceptable leadership style, saying that for the House to move forward, a new Speaker was needed as the state legislature was key to the growth of democracy and development of the state.

The motion was seconded by Hon Peter Onwusanya, (Oshimili South) and was unanimously adopted, following which the Deputy Speaker who presided called for nomination of the new Speaker.

The second nominee, Hon Eric Oharisi then announced his stepping down for the first nominee, Hon Sheriff Oboriowori, who he described as a brother and elder brother, commending the members that nominated him.

The Deputy Speaker, then put the nomination of Hon Sheriff Oboriowori to vote and was also unanimously carried.

Hon Oboriowori immediately swore to relevant oaths of office and allegiance as Speaker administered by the Clerk of the House, Mrs Lyna Ocholor.

In his acceptance speech, the new Speaker promised to adhere strictly to the rules of the House, saying as the first among equals he would accord every member his due respect.

Hon. Oboriowori said he would not allow the integrity of the House to be depleted and called for the support of his colleagues.

He immediately announced the dissolution of all standing committees of the house.

Hon Peter Onwusanya then rose again for the removal of Hon Tim Owhefere as the Majority Leader and nominated Hon Johnson Erijo as new Majority Leader.

The motion was seconded by Hon Peter Uviejitobor, representing Udu constituency in the House.

The new Majority Leader, Hon Johnson Erijo upon moving to his new seat, then moved for the suspension of the impeached Speaker and Majority Leader for three months.

The motion was seconded by Hon Eric Oharisi, (Ughelli North II) and was unanimously adopted.

The House in the absence of any other item in the order paper adjourned till Tuesday, 23rd May 2017.

The members then moved to Government House to present the new Speaker and the new Majority leader to the governor.

Outside the hallowed chamber, there were jubilations by Assembly workers and legislative aids of members. 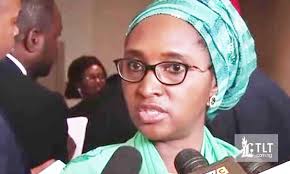