The Appeal Court sitting in Benin today, Friday, June 9th, 2017 upheld the election of Governor Godwin Obaseki of the All Progressives Congress, (APC) and dismissed the petition filed by the Peoples Democratic Party (PDP) governorship candidate, Mr Osagie Ize-Iyamu.
The News Agency of Nigeria, (NAN) reports that the Election petition tribunal, headed by Justice Ahmed Badamasi, had in April upheld Obaseki’s election as governor of Edo State as declared by the Independent National Electoral Commission (INEC).
The election was held on Sept. 28, 2016.
The PDP candidate, Ize-Iyamu was not satisfied by the verdict of the lower tribunal, and he filed an appeal through his lawyers, led by Mr. Yusuf Ali (SAN).
Counsel to both parties on May 30, argued their briefs, where Obaseki’s counsels by Mr. Wole Olanipekun, SAN, urged the court to dismiss the appeal, saying that the grounds of the appeal were watery.
In the judgment read by Justice M.B. Dongban-Mensem, the five-man panel said the tribunal did a painstaking job in considering evidences presented before it. This, he said, made the job easy for them.
Chief Dan Orbih, the Edo Chairman of the Peoples Democratic Party, (PDP) said the party would not relent until it gets justice.
Orbih, in his reaction to the Appeal Court’s judgment, said it was too early for him to say what went wrong that the Appeal had to dismiss the case.
He said that the party was yet to get copies of the judgment, but expressed optimisms that the party had a good case.
“In view of this, after reading through the copies of the judgment when made available, I can assure you, we will take our case to the Supreme Court.”
He however said that he had appealed to party faithful to remain calm and law abiding pending when the party will reclaim its stolen mandate.
In contrast, Mr Anselm Ojezua, the State APC Chairman lauded the Appeal Court Judgment, saying the judgment was instructive.
He therefore advised the PDP to embrace and accept the Appeal court’s judgment and join hands with the Obaseki-led administration to move the state forward.
Governor Obaseki hailed the appeal judgment, saying that, his election was ” Democracy in Action”
He said that even at the Supreme Court, he would still be declared winner, noting that, he would not be distracted by the PDP appealing the case at the Supreme court.
He thanked the people of Edo for their support till date..
In his reaction, the former governor of the state, Mr. Adams Oshiomhole, described the Appeal Court’s judgment as a reaffirmation of the will of Edo people.
Oshiomhole, who commended the judiciary, said the judgment was in line with the wish and aspirations of the people of Edo.
He said that APC would still win at the Apex Court if the PDP decides to take the case to Supreme Court. (NAN) 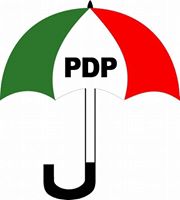 PERSPECTIVE – Idumuje-Ugboko: Rich but in search of peace