Delta State Governor, Senator Ifeanyi Okowa has restated his administration’s commitment to addressing the perennial flooding that has continued to ravage residents of Asaba, the state capital.
Governor Okowa in a statement on Thursday by his Chief Press Secretary, Charles Aniagwu said the State Government feels the pains and the anguish of residents who pass through horrendous times as a result of the perennial flooding in town.
He assured residents that government is not resting on her oars until the issue is addressed to a logical conclusion.
“We apologise to all Deltans particularly those whose cars and houses were damaged. We seek your understanding as efforts are on to bring a lasting solution to the menace”.
The Governor noted that previous Government over the years, made concerted efforts to address drainage challenges in the state capital. “But our analysis of the erosion challenge revealed that we needed to undertake a major restructuring of the drainage system to accommodate the volume of water”.
“However, the delay in completing the drainage project was as a result of our resolve to restructure the drains to accommodate the volume of water in addition to constructing a structure the would endure the test of time. Though we were challenged by the paucity of funds that greeted the state in more than 18 of the 24 months of our Administration, we remain committed to doing the right thing for our people”. 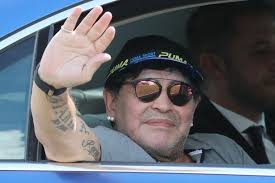 World Cup: Super Eagles can still move to next round, says Pinnick