Governor Ifeanyi Okowa of Delta State has called on those behind the group, New Delta Avengers to toe the line of dialogue rather than resorting to threats in resolving issues.
The Governor who was reacting to a publication by the group threatening bloodbath in the creeks of the Niger Delta stated that it was unfortunate that at a time when everything was being done true due process in a democratic atmosphere, some persons were still resorting to threats as the best ways of achieving desired results.
Speaking on behalf of the Governor on Monday (12/06/17) in Asaba the Chief Press Secretary, Mr Charles Aniagwu,said: “at the moment, the Governor is interfacing with the people of the state by holding a town hall meeting after the commissioning and inspection of projects in each of the 25 local government areas of the state, where the people are given free latitude to bear their minds to speak up about what they want the government to do and what they believe that government may not have done satisfactorily, in which case, nobody is being gagged, so, for anybody to want to blame the media, civil society or the opposition of not living up to expectation is very far from the truth.
“If indeed this new group is desirous of having government develop the creeks, is desirous of having us live in peace, is desirous of having us protect the wellbeing of our brothers and sisters who live in these oil bearing communities, they cannot be talking about bloodbath because, bloodbath will affect most likely those who live in that environment much more than anyone else and so, you cannot begin to raise arms against those that you claim to protect,” he said, adding, “if indeed their desire is for the development of the creeks, we cannot take actions that is capable of further polluting the creeks, if indeed their actions is to bring prosperity to the people of the oil bearing communities, you cannot go and destroy the infrastructure that will bring dividends of democracy to our brothers and sisters who live in these areas, but most importantly, this government is already constructing roads in Okerenkoko, today you will see that work is ongoing in Ogulagha where internal roads are being tarred, if you go to a larger part of Burutu, you would never even know that we could get a road that will be up to 18 km within the creeks that is being constructed by Governor Okowa’s administration.”
He continued, “All this is being done to make life much more meaningful for our people in the creeks and the empowerment programmes initiated by this administration, you will discover that our people in the creeks are not left out, so, it is a holistic approach that the government has adopted with a view to ensuring that everybody is brought on board.
“We want to believe that these individuals are not Deltans because Deltans are very peace-loving, they are people who yearn for development because they are development-minded and anybody who wants development can not begin to speak the way that this particular group is speaking, but. if it happens that they are from Delta State, we plead with them to give peace a chance because it will help everybody, it will help our brothers and sisters in the creeks because what touches them also touch us all; we plead with them to embrace dialogue at all times more so, now that there is a platform made possible through the town hall meetings where there is a no hold back session between the government and the people.
“I am addressing specifically, the publication credited to a group that calls itself New Delta Avengers because, we must set the record straight; it is not true for anybody to accuse the government of neglecting the oil bearing communities; it is also wrong for anyone to accuse the government of not properly funding DESOPADEC, and I do not want to address our mind to the group’s motto which says, ‘bloodbath to anyone who opposes or seen as a traitor;’ this administration has special respect for the ethnic diversity of the state and indeed respect to the 3 senatorial districts, respect to the 10 federal constituencies and respect to the 25 local government areas that make up the state; everybody is being carried along because we believe that together, we will be stronger as a state,” the Governor said.
While stating that his administration was working without preference to any special group, Mr. Aniagwu said that based on the recession that hit the country, there is no way allocation to DESOPADEC would not be affected because, salaries of workers and the stability of the state is equally important. 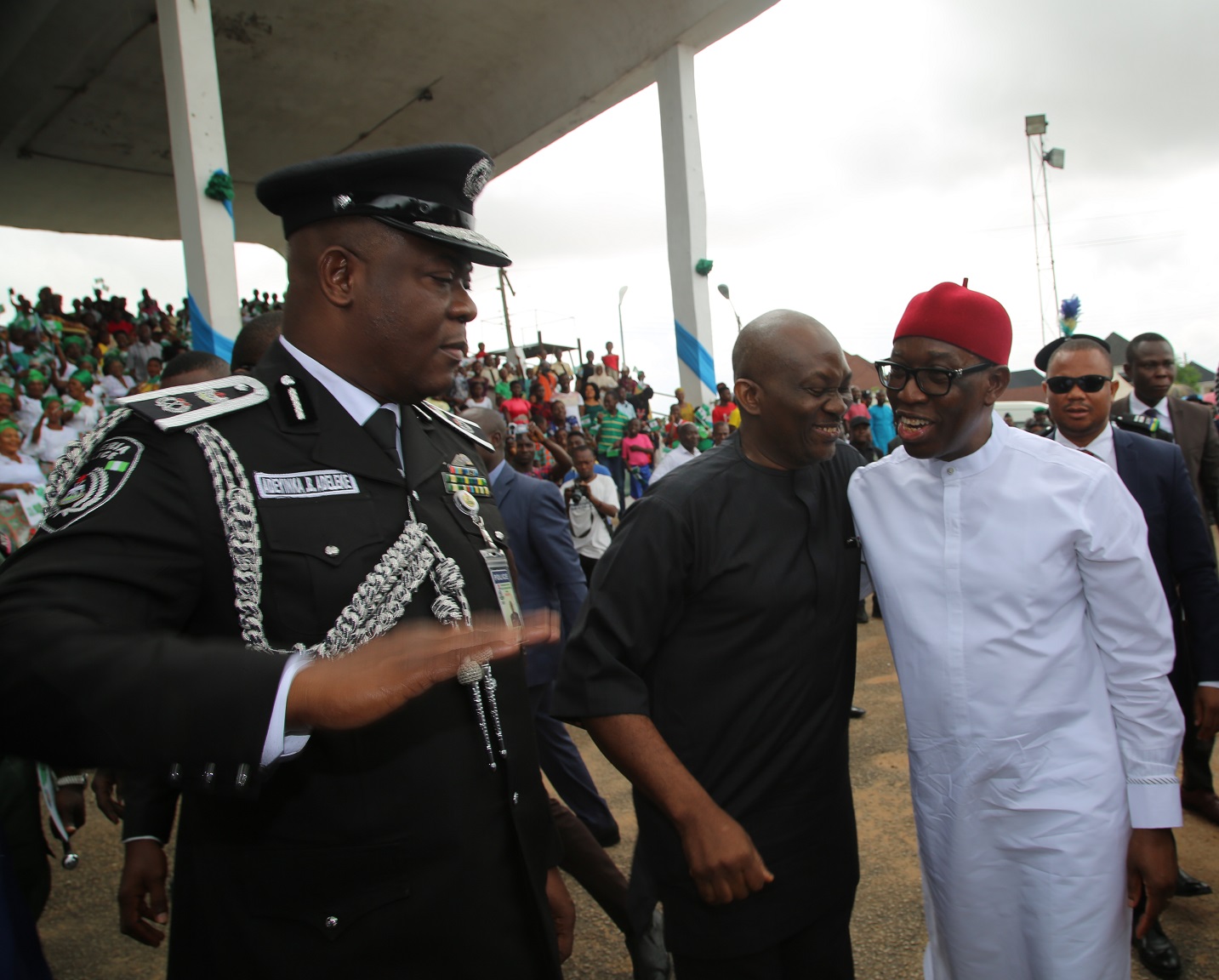