The search for a formidable but popular candidate of the All Progressives Congress (APC) that will beat Governor Ifeanyi Okowa of the Peoples’ Democratic Party (PDP) in the 2019 gubernatorial race in Delta state has commenced.
A political pressure group in the Delta State chapter of the All Progressive Congress, APC, that styles itself as, Mainstream Delta APC (MDA) weekend, dropped the hint during a strategic stakeholders’ meeting it held on how to dislodge the PDP government from the state come the 2019 elections.

At the well attended meeting convened by the party’s 2015 governorship candidate, Olorogun O’tega Emerhor at his country home in Ewvreni, which lasted more than 18 hours, the group decided to forge a united front to upstage PDP in the coming elections.

In a communiqué signed by the group’s Protem Co-ordinators, Barrister Alfred Oloko, Dr. Iyke Odikpo and Dr. Eniforo Mallam-Obi, the group promised to work with like minds to ensure party cohesion and progress.

According to the communiqué, MDA shall position itself as the most dominant political structure of APC in the state and shall strive as much as possible to have a forceful say in political contests within the APC.

The group declared: “MDA recognises that politics is a game of interest and that the various wrangling in the party do not amount to a mortal crisis for the party but represent an expected positioning of politicians. In that wise, MDA will work with all existing tendencies and groups to foster progress and unity for the party as much as possible. ”

It says it is open to all genuine APC members in Delta state as its “primary driving goal shall be that APC Delta must produce the next Governor of Delta State.”

The group added that the convener of MDA, Olorogun Emerhor, shall subject his ambition to be the governorship candidate of Delta APC in 2019 to the driving goal of the group, which will make its choice based on the candidate’s ability to win, adding that, “only a candidate that best guarantees the chances of APC in Delta to produce the next Governor, giving regards to all circumstances and calculations, including zonal arrangements, shall be adopted and supported by MDA.”

Stressing that MDA is available to partner with other viable groups or individuals to produce a winning candidate, the group pointed out that what is important is who can defeat Okowa and PDP irrespective of where he comes from, while also acknowledging the existing zoning arrangement.

The group in recognition of the outstanding leadership qualities of the convener, Olorogun O’tega Emerhor unanimously adopted him as Leader of MDA and pledged to work with him to achieve the overall goals of the group.

The group also urged the state party Executive, led by Jones Erue to up their game by mobilising party faithful across the state in preparation for 2019 elections. 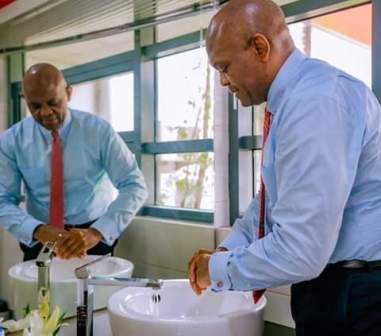 My alleged impeachment illegal, void, of no effect, says  Nwaonye