Lagos State Governor, Mr. Akinwunmi Ambode on Friday in Zurich, Switzerland signed an agreement with Bühler AG (“Bühler”), a leading rice-mill producer in the world, for the acquisition of a 32 tonnes per hour Rice Mill.
The Governor, who spoke shortly after the signing ceremony, said the development was in furtherance of his vision of enhancing food security and creating employment in the State.
It is estimated that the partnership would create about 200,000 jobs across the agriculture value chain, while it would also bring about the cultivation of 32,000 hectares of farm land to produce rice paddy, equating to an estimated 130million Kg of processed rice per year (an equivalent of 2.6milion 50kg bags of rice).
Governor Ambode, who was in Switzerland with some cabinet members said the landmark event also provides the platform for the State to partner with other South West States in consonance with the region’s resolve towards achieving economic integration.
The Governor emphasized that the partnership with Buhler was in sync with his administration’s economic agenda of diversification of the nation’s economy and conservation of foreign currency reserve.
“The state of the art rice mill will be sited in Imota, Ikorodu and it requires 32,000 hectares of land for cultivation of rice paddy. This investment is expected to create thousands of jobs in rice value chain. In addition to the current arrangement with Kebbi State, Lagos would go into partnership with neighboring states, to ensure sustainable inputs for the mill and foster regional economic integration,” Governor Ambode said.
According to the agreement, the partnership with Buhler covers supplies and installation of the rice mill, including silos. It also covers maintenance and technical support as well as technical training of Nigerians in the ever growing sub-sector of the Nigerian economy.
The rice mill will be the single largest mill of its kind in Nigeria and is expected to be delivered within twelve months.
Other members of the State’s delegation were the Commissioner for Finance, Mr Akinyemi Ashade; Special Adviser to the Governor on Overseas Affairs & Investment, Professor Ademola Abass; Commissioner for Agriculture, Hon Suarau Oluwatoyin; and the Permanent Secretary in the Ministry of Agriculture, Dr Olayiwole Onasanya. (NAN) 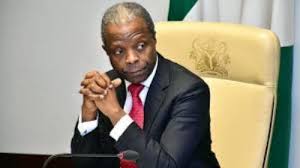 Leave us out of your schemes for selfish pecuniary interests, PDP tells Bola Tinubu