Water, Water, every where, Not a drop to drink – ‘The Rime of the Ancient Mariner’.

Delta State Capital, Asaba, graciously lies at the bank of the River Niger but the tales of unending flood once it rains, can best be described as a Show of Shame.

As I watched at helpless hardworking Deltans and residents of Asaba last Night – 19:07:2017 (even with my laptop, kpalasa phone and shoes plastered to my body dripping water like a ruptured water tank), I bet you, if no drastic decision is taken by the State Government to solve this preventable occurrences, residents and business owners in Asaba might be forced off their homes/premises or eventually relocate before the next raining season.

Cars, tricycles, Shopping Malls, Offices, Homes and Road-Side Businesses suffered a huge loss as the rains visited Asaba once more and had no place to quickly empty itself.

Who bears the Loss? The Masses of course. Government Officials and Policemen Drive By in their SUVs shoving the troubled water into helpless Tricycles, Coughing Car Engines and battering stranded pedestrians.

Ooh! What a Pain.

The Politics of the Asaba Drainage System should be stopped because we can’t equate the value of life to any shady contract or political statements.

Those who have the ears of the Governor should tell him to put on his Rain Boots and drag his crop of sluggish lieutenants into the rains to see for themselves.

Residents of Asaba demand that Delta State Government put an end to this suffering and make the earnest construction of a well channeled drainage a reality.

I don’t dispute the global Story of Flood but it should be jettisoned in Delta State because the case of Asaba is simply put, POLITICS (Political Failure to Investigate Modis, et al and lack of Political Will and Conscience to Provide Quality Amenities). Building Nylon Roads on a failed drainage system even in some instances without a proper drainage system is not what Asaba needs.

From the Okpanam axis through the state Secretariat, DBS Junction down to the InterBau interchange/Asaba Mall should be declared an emergency zone NOW.

Who knows what destruction or disaster that might be waiting to happen? Just as PISTOL said in No Fear Shakespeare, Henry IV Part 2 as adapted, ‘when the evil wind which blows no one any good comes, even those who stay in concrete buildings and drive high rise cars shall have a story to tell.’ 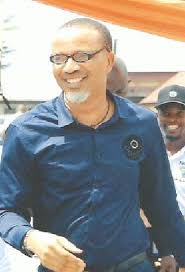 TRAVELOGUE – Their Dubai, My Nigeria…