The Governor of Akwa Ibom State, Udom Emmanuel has responded to the statement credited to the Kogi State Governor, Alhaji Yahaya Bello and signed by his Director-General, Media and Publicity, Kingsley Fanwo where he criticized the governor (Udom) for allegedly backing Senator Melaye and describing him as ‘general’ in the Senate.
TheNewsGuru.com reports that in a paid advertorial, Bello took issues with his Akwa Ibom governor for describing Senator Dino Melaye, lawmaker representing Kogi West Senatorial District as a “General” in the Senate during the recent empowerment event by the Senate Minority Leader, Senator Godswill Akpabio (CON) held in Ikot Ekpene.
But Governor Udom, while responding to his Kogi State counterpart, said he does not intend to immerse himself in the politics of zero-sum game that is currently playing out in Kogi State, adding that in Akwa Ibom he plays politics of inclusion, where accent is placed on delivering the best democratic dividends to his people.
Udom, who spoke through his Senior Special Assistant on Media/Chief Press Secretary, Ekerete Udoh slammed Governor Bello’s media team for not giving their principal professional advice before responding to issues.
He described the statement credited to the Governor’s chief media handler as unfortunately, pugnacious in context, pettifogger in tone and tenor and supercilious at best.
The job of professionally- minded media handlers of a public servant is to dispassionately present an unvarnished truth about a given situation to his principal and advise him on the best possible means of reaction.
“We are afraid the Kogi State Governor was not served well by his Director-General of Media and Publicity here otherwise he would have resisted the rush to direct the issuance of a press statement where he was quoted to have said a number of unsanitized things about a Brother Governor on an issue that was at best innocuous and done with no malice.
“Governor Yahaha Bello’s media team should align with globally acceptable best practices in democratic governance where leaders are usually circumspect in their choice of words while engaging their counterparts. If the Governor’s media team truly meant well, it should have advised the Governor that he will look snippy, truculent and un-gubernatorial in the court of public opinion if he were seen to be joining issues with his Brother Governor”, he said.
He added that his administration is not interested in the local politics of Kogi State.
“We are not interested in the local politics in Kogi State or if His Excellency, Governor Yahaya Bello has challenges paying salaries since we don’t have such problems here in our State, as our civil servants get paid regularly and Governor Emmanuel is embarking on a number of infrastructural upgrades and other life-touching projects. He is able to do all these, through the judicious application of the lean resources available to him”.
• Source: The News Guru 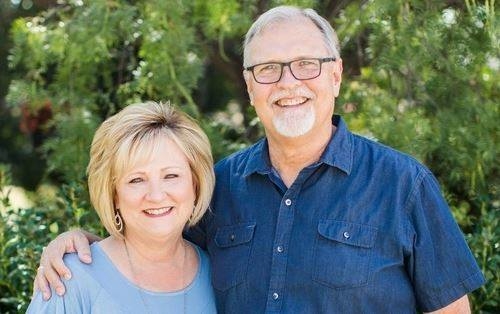 Dike Chukwumerije seeks a new dawn for Nigeria’s youth, warns that the unproductive...