Delta State Government has disclosed that its contractor-finance and execute before payment policy currently in operation was adapted to de-congest government priorities and to focus on other capital developmental projects.

The State Commissioner for Works, Chief James Augoye, who made the disclosure, said the policy states that at the completion of a 12 months project, the state government would commence payment on the 13th month, on monthly bases, which would continue until the completion of the payment of total cost of the project.

The Commissioner pointed out that the contractor was instructed by the State Government to continue with concrete (drainage system) work, to avert the disruption of the work, by water erosion, until favourable condition returns for work efficiency.

Chief Augoye assured Deltans that all contractors handling failed road projects in the State would go back to site as soon as the rains are over to effect repairs on the failed portions of the roads.

The Works Commissioner however appealed to the people of the state to exercise patience with the State Government over the incessant flooding associated with heavy rainfall, maintaining that the issue would soon be a thing of the past.

He called on the public not to hesitate to draw the attention of his Ministry to any failed or damaged roads for investigation and commencement of repairs.

The Regional Manager of the contracting firm handling the project Mr. Williams Ewa, said the firm embarked on the project after effective and carefully studying of the topography of the terrain and promised to deliver on time.

He noted that the company’s compliance with the government’s ‘Local Content’ policy was a contributory factor to the amicable relationship with the host communities and the State Government. 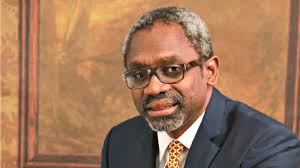