Former president Goodluck Jonathan has been criticized for allegedly leaving the nation in economic tatters.
The accusation came from the Presidency in a statement signed by President Buhari’s media aide, Malam Garba Shehu who sad it was to remind the ex-president of the negative state he reportedly left the economy.
Among other things, the statement also listed what Buhari is currently doing as a response also to a recent statement credited to former President Goodluck Jonathan, who was quoted as saying said he left a robust economy behind for the APC government
The statement Garba Shehu declared: “Your Excellency Jonathan, this is the economy you left behind, in case you have forgotten: With due respects to the former President Dr. Goodluck Jonathan, these are the facts about the economy you left behind, in case you have forgotten.
“I hope this will help to erase the wrong statement credited to you at your party, the PDP Convention at the Eagle Square last weekend that you handed to President Buhari a robustly healthy economy.”
Apparently, Senator Ahmed Makarfi toed the same line with Jonathan, as the statement also mentioned him saying: “To the same extent, this should also help to erase yet another false statement by Senator Ahmed Mohammed Makarfi, the Caretaker Chairman of the party, to the effect that under the previous administration there was money but now things are very hard.”
The statement also described Jonathan’s rule as a tragedy. “It is understandable that Dr Jonathan kept his comments short, because a cursory look at any sector clearly indicated that he and his Government presided over the most monumental and tragic economic mismanagement recorded in our national history.”
“The oil sector boomed under his tenure, with oil prices as high as US$ 120 and peace in the Nigeria Delta. Nigeria earned unprecedented dollar revenues. Sadly, that is where the story turns sour. There is nothing to show for the revenues earned, no major capital project was completed, neither power generation, road development, rail or agriculture benefitted from the windfall earnings.
“Rather the administration presided over the diversion of oil revenues on a such a massive scale, that even without the protection now accorded to Whistle blowers, the then Central Bank Governor blew not only a whistle but a trumpet. He was hurriedly shown the door.”
Accusing the Jonathan government of corruption, it also said: “Meanwhile, the acquisition by public officers and their cohorts of private jets, luxury yachts and the accumulation of expensive property portfolios world-wide continued unabated. Indeed the President once celebrated having the largest number of private jets, whilst our youth languished without jobs, our fields stood idle and our factories began the lay-off of workers.”
Speaking of the work of the Buhari administration, it said: “At the inception of the Buhari administration, 21 States were unable to meet their salary bills and the specter of workers arrears had commenced.
“The PDP solution was to raid the Ecological Fund and selectively grant N2bn each to the PDP States. It was only aggressive borrowing by the Ministry of Finance that prevented Federal Government from also owing salaries.
“In summary Nigeria earned a lot of money when oil prices were high but there is nothing to show for it. Now oil prices have fallen we are suffering. What could they have done differently?
“They could have begun doing the very things that the Muhammadu Buhari administration is doing so painfully now:
1. Fight corruption.
2. Sanitize the huge salary bill by eliminating payroll fraud.
3. Reduce wasteful expenses like First Class Travel and Private jets.
4. Encourage State Governments to reform their spending and build savings or investments.
5. Increase spending on capital projects especially on infrastructure needed to make Nigerian businesses competitive and create jobs.
6. Block the leakages that allowed government revenues to be siphoned into private hands.
7. Focus on key sectors (apart from oil) that can create jobs and or generate revenue such as Agriculture, Solid Minerals, and Manufacturing.”
In conclusion Shehu said: “President Muhammdu Buhari has a positive and prosperous vision for Nigeria. A nation in which the natural talent and hard work of the people is being supported by an enabling environment for infrastructural development and policy reforms that will develop a firm future for our nation.
“Nigerians are looking forward and the PDP’s lurking in the economic rear view mirror only underscores the resolve of Nigerians, that as far as the economy is concerned it is ‘’never again.”
* Source: Naij.com 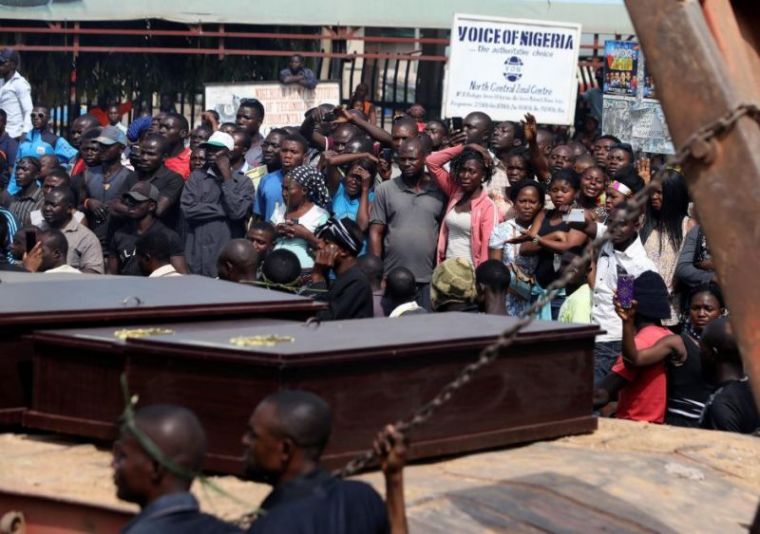 Seek God’s face, meditate on His word daily, apply them at all times, clergy...