Stakeholders of Ndokwa Nation in the All Progressives Congress (APC) rose from a meeting held in Obiaruku, Ukwuani Local Government Area, on Friday September, 16 2017, calling for the governorship ticket of the party in the state for the 2019 general elections to be given to them.
The meeting called to strategize in the build up to the elections, was attended by major stakeholders of the party in the area who argued that it is only the governorship ticket that will satisfy the yearnings of the Ndokwa people, as the different leadership in the state including the present had neglected the area in terms of development.
They pointed out that it is only by the means of unity of purpose by the party members that they can achieve the governorship ticket, being the only criterion to ensure that an Ndokwa man emerges the candidate of the party.
The stakeholders lamented that despite the fact that the present government is headed by a Delta Northerner, the Ndokwa Area is still poorly given attention.
At the end of the meeting, a former member of the Peoples Democratic Party, (PDP) and governorship candidate at the run up to the 2015 elections, Chief (Amb.) Gabriel Oyibode, and now a member of the APC, denounced the marginalisation of the area, and called for the governorship ticket of APC as the right of the Ndokwa people.
“Ndokwa is being marginalised, even with her natural resources and population, they have to claim their right in the state. The ticket and office should be taken up as a project”, he said.
The meeting witnessed the decamping of a onetime chairmanship candidate of All Progressive Grand Alliance, (APGA), and a member of the PDP of recent, Chief Christopher Ogoegbunem Ijibike to the APC, along with his supporters.
Those present at the Obiaruku meeting included Ogbuefi Val Abanum, Dr. (Barr) Eugene Okolocha and the SA to one of the Directors of NDDC, Mr Charles Olise.
* Source: Ndokwa Reporters 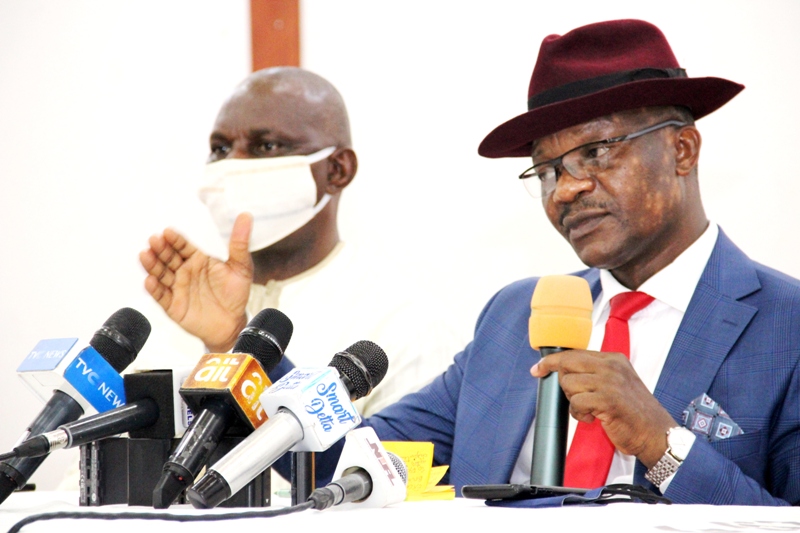 Nigeria and May Day in the Centenary of the ILO