The Speaker charged the chairmen and members of the committees to be up and doing at ensuring peace, development and good governance of the state.

While congratulating them for their appointments, the Speaker said standing Committees are an integral part of the legislature, particularly in the area of oversight functions and charged the committees not to fail in that regards.

Rt Hon Oborevwori also urged ministries, agencies and parastatals to give the committees the desired cooperation.

Meantime, a bill for a law to establish the Delta State Independent Electoral Commission has passed first reading on the floor of the house.

Also read for the first time at plenary is a bill for a law to amend the Delta State Local Government Law 2013.

The second readings for the two bills have been slated for Tuesday and Wednesday next week respectively.
The house adjourned till Tuesday, 12 September 2017. 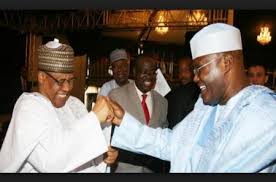 Atiku salutes IBB at 79, pays tribute to his respect and commitment to Nigeria’s diversity