The All Progressives Congress (APC) Delta North Senatorial executives on Sunday, October 15, 2017 received in audience, accepted and endorsed the senatorial aspiration of a human rights activist and UN consultant, Barrister Felix Morka who is mobilizing to replace Senator Peter Nwaoboshi for what he described as Nwaoboshi’s poor performance in apex legislative chamber.

The acceptance and endorsement was made known at the Ogwashi-Uku home of the APC Delta North senatorial Chairman and the party’s state vice chairman, Chief George Okafor.
Morka who hails from Ika South came escorted by party faithful and supporters from his local government and ward to formally intimate and notify the senatorial party leaders of his intention and request to be given the opportunity to fly the APC flag at the 2019 general elections for the senate.

Speaking to his audience, Barrister Morka said: “I have come to Ogwashi-Uku with my full intentions. I believe it is time to bring to an end the system that has completely neglected and subverted the will of the people. I believe now is the time for me to come out of my shadows; it is time to reveal myself for the task of cleaning up; it is the time of Risorgimento.

“We have been led by people who are clueless about how to serve the people. They don’t care about the people. It is time to make a detour. We must break loose and break ranks. I am not your typical politician; I am in the frame for warring for the under privileged, the down trodden. That is where I am, and that is what I live on.

“It is on that basis that I come to you. The so-called dregs of the society are my people; the suffering, down trodden masses. I all this, I stand before you, ready with humility, deliberateness, to ask you to join me on this journey and to give me the privilege of flying the flag of our beloved APC at the elections,” Barrister Morka declared.

Interrupted momentarily by the intervention of praise singing by his supporters in acknowledgment od his speech that was eloquently delivered, Morka continued, saying: “Okowa has failed. He has failed me, and has earned the right to be expelled.
“I Felix Chukwumenonye Dike Morka stand before you and request to be given the privilege to fly the APC flag for Delta North Senatorial District.”

All those who spoke across the Delta across the Delta North senatorial District spoke glowing of Barrister Morka, who they described as a faithful and dogged APC member who has been there at the party’s inception.

The APC state secretary, Mr. Okonji said in his own remark: “I am excited by the comment of our senator in waiting, Morka. This is an old project started from ACN. I am giving you my full support and I believe that every local government will give you their support. We know how we started.”

Hon. Roland Chukwuedo from Ndokwa North said: “Morka, your statement has touched the soul and fabric of APC. You have stood with APC, and you have awakened our consciousness, and we shall go to all the nooks and crannies of our areas for you.”

Barrister Ken Ashibuogu said: “This journey we started a long time ago. Morka is human, humble in every respect. He is a fighter to the core. When we were looking for money, the first place we went to was Morka’s house. That was when they called us Dead on Arrival (DOA). That is why I am happy that one of us is blazing the trail. I am Talking od a Harvard product. I am happy that one who knows how to legislate is the one that is going to represent us. Nwaoboshi should pack his loads and return to Ibusa.”
Ashibuogu subsequently nicknamed Felix Morka the Dike di ora mma of Ika south and Anioma. 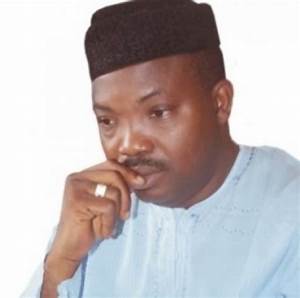 EFCC probes Nwaoboshi Over Alleged Operation of 20 Accounts in 6 banks With Different...

The Nigerian media: An estate under siege