The Delta State Government has stated that it has put necessary machinery in place to ensure that the monkey pox outbreak in some states of the federation does not enter the state.

According to a statement signed in Asaba by the State Commissioner for Information, Mr Patrick Ukah, arrangements have been concluded with Nigeria Centre for Disease Control for the rapid transfer of samples collected from suspected cases for confirmation.

Mr Ukah said that the state was maintaining constant border patrol of the three Local Government Areas of Patani, Bomadi and Burutu that have common borders with Bayelsa State to forestall possible transfer of the disease into the state.

In addition, Mr Ukah said that disease outbreak prevention and case management materials have been pre-positioned in the three Local Government Areas sharing common borders with Bayelsa State to forestall possible importation of the disease.

The Commissioner revealed that the State Rapid Response team had also been placed on red alert to respond to emergencies wherever they might occur in the state.

Mr. Ukah appealed to members of the general public not to panic as adequate arrangements had been made to prevent and curtail the outbreak of the disease in Delta State.

He advised persons living in the state to promptly report any person having the signs and symptoms of the disease to the nearest health centre or hospital.

Meanwhile, Delta State joined the rest of the world to mark the 2017 World Sight Day with Hypertension and diabetics identified as major causes of blindness just as Deltans have been advised to patronize trained professionals for their eye care.

The Delta Commissioner for Health, Dr Nicholas Azinge made the observation at Ellu, Isoko North Local Government Area, during the celebration of this year’s World Sight Day (WSD).

Dr Azinge, represented by the Permanent Secretary in the Ministry, Dr Minnie Oseji, stated that people suffered avoidable blind due to complications caused by hypertension and diabetics but gave an assurance that the Delta State Contributory Health Scheme had come to the rescue as the twin diseases were well covered in the scheme.

The Commissioner thanked the facilitators of the 2017 World Sight Day, Ophthalmological Society of Nigeria (OSN), Delta State Chapter, for its foresight in focusing on cataract, which according to the Commissioner, was an avoidable cause of blindness, yet accounted for about 50 percent of all blindness world-wide.

He said the data that would be generated from the free eye care services put together by OSN as part of activities to mark the 2017 World Sight Day would greatly enhance statistics on eye care in the State and the Country in general.

The Chairman of the occasion and immediate past Secretary to the Government of Delta State, Comrade Ovuozuorie Macaulay thanked the OSN for using their profession to give back to society.

He called on leaderships of oil bearing communities to utilize their share of oil revenue in boosting the wellbeing of their people, noting that as individuals, they do not necessarily have to be politicians before they could positive affect the lives of people.

While admonishing Deltans to desist from self medication and patronage of quacks to address their eye problems, noting that the eye remained a very delicate organ, he emphasized the need for well trained eye professional such as ophthalmologists to be patronized.

The Chairman of Isoko North Local Government Council, Hon Emmanuel Egbabor, in a goodwill message, said that his administration had always supported free health programmes and promised to build on the OSN initiative.

In another goodwill massage delivered by the Zonal Coordinator of OSN, Dr Mrs Faith Ejegi, she bemoaned the rate of blindness in the society and called on the State Government to employ more Ophthalmologists, saying in a state of over five million people, only 15 Ophthalmologists were on ground in both government and private health institutions, including the Federal Medical Centre, Asaba and Delta State Teaching Hospital, Oghara.

Some of the beneficiaries thanked the OSN for the free treatment and surgeries provided them.

World Sight Day is celebrated every second Thursday in October to create awareness on the prevention of blindness and the practice of good eye care. This year’s theme is “Universal Eye Health: Make Vision Count”. 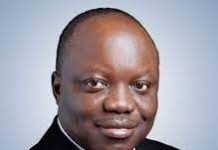 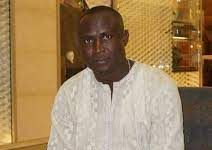