Chairmen of the Peoples Democratic Party (PDP)in Delta state have been told to adhere strictly to the directive of the National office of the party by ensuring that a minimum of three women make the list of candidates for the forth coming local government elections.

Governor Ifeanyi Okowa gave the directive at the PDP Anioma Senatorial District meeting held at Akwukwu-Igbo, where he directed that the leaders should not come to Asaba with any list that does not have a minimum of three women as candidates for the elective positions.

Senator Okowa who spoke during the valedictory session stated that the State JAAC meetings were transparent, accountable and open as representatives of the various unions in the councils act as observers to the proceedings.

He explained that caretaker committee for Local Government Councils was unconstitutional and as a former Senator he cannot breach the constitution, stressing that the interregnum before the next election would be very brief.

“I don’t believe in caretaker committee to man the Council before the 2018 elections, it is unconstitutional, I have been in the senate to know that it is not in the constitution, the interregnum will be brief and elections will be held”, he said, adding “At JAAC, we have tried to be as transparent, accountable and open as possible, I made sure that representatives of Nigeria Union Of Teachers, Nigeria Union of Local Government Employees and State Universal Basic Education Board [SUBEB] are observers at JAAC to make it more transparent and let them see how the money accruing to the councils are allocated, I hope that the next JAAC will continue with this solid foundation built by you”

Reassuring the chairmen of his continuous support and cooperation, Dr. Okowa commended them for their patience and sacrifices in piloting the affairs of the Councils stating that “I feel encouraged and touched because I know that you went through a lot of sacrifices and pains for our people, I appreciate you for your tolerance, patience, cooperation and sacrifices. It is not easy to sacrifice your comfort and endure all the criticism, you have laid the foundation in your various councils and JAAC, I hope the next set of chairmen will build on this foundation”

“The fact that we are being more accountable at the local government councils now is great, our wage bills are reducing with the biometric system and hopefully with time we will have a manageable number of staff and pay salaries as at when due”, he said, urging all Council workers and teachers to embrace the clock-in clock-out biometric scheme and partner with government to identify ghost and absconded workers so as to make a success story of the council and primary school system.

In their various speeches, the State Association of Local Government Chairmen of Nigeria [ALGON], Mr. Malik Ikpokpo and other chairmen commended Governor Okowa for his support, transparency and leadership quality stating that the valedictory session was meant to “honour you and thank you for being a good leader, teacher and governor, we have learnt a lot from you to improve ourselves politically and otherwise” 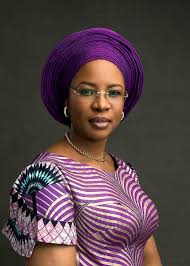