The Executive Chairperson of the African Youth Union Commission (AYUC), Dr Carl Oshodi who is the number one youth in Africa, has called on all governments in the continent to give priority attention to youths and women empowerment, child protection, education and infrastructure, social investment, entrepreneurship and food security.
He made the call when he paid a courtesy visit on the Deputy Governor of Delta State, Barrister Kingsley Otuaro on Monday, 16/10/2017 in his office in Government House, Asaba, even as the Deputy Governor told his guest that vocational training and empowerment of youths as a deliberate effort by the state government to create wealth, alleviate poverty, and stamp restiveness out of the State.
Barrister Otuaro noted that the administration of Governor Ifeanyi Okowa was aware that youths were the bedrock of any nation hence the need to give them a veritable platform to achieve their full potentials through acquisition of skills in different fields.
He stated that the YAGEP and STEP programs have yielded commendable results since its inception and enjoined more jobless youths to key into the schemes to be employable and self sufficient.
He also commended the AYUC chairperson on his election and swearing in as number one youth leader in Africa and urged him to be a good ambassador of the youths, the nation and the continent of Africa.
Barrister Otuaro challenged the youths to see themselves as change agents and keep at bay anything capable of portraying them in bad light, pointing out that besides the skills acquisition schemes, Government has used the micro credit office to encourage more women and youths to go into agricultural farming which he affirmed has helped the young ones take the driver’s seat in food production.
He assured Dr. Oshodi of Government’s partnership in the realisation of his dreams for the African youths.
Earlier, Oshodi had lauded the Delta State Government for its lofty programmes that have affected their lives positively stressing that many youths have been offered platforms to excel in their careers while others have been appointed into key positions.
He pledged to be a voice for the youths and appealed to the Delta and Edo state governments to assist him to achieve all his set goals in his four year term.
The AYUC is a youth body representing the youth constituency in Africa with its headquarters in Addis Ababa, Ethiopia. 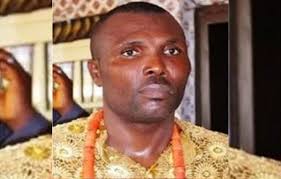