Delta State Government and the State Police command have in separate statements dispelled rumours about to the effect that students and pupils are being lethally injected by unknown persons, saying there is no such occurrence and that it is a false alarm.
The State government in a message signed by the Commissioner for information, Mr. Patrick Ukah stated: “It has come to the attention of the Delta State Government that parents and guardians are withdrawing their children and wards from schools following unsubstantiated rumours of students and pupils being lethally injected by unknown persons.
“Government states without equivocation that the rumour is absolutely false and baseless. There has been no such reported incident in any school in Delta State. We advise parents and guardians to remain calm and go about their normal businesses.
“Meanwhile, the State Government urges all school heads to take appropriate measures to secure their schools and ensure that students and pupils are properly accounted for until the close of school every day.
“In the same token, the State Government is, by this announcement, calling on all security agencies to be on the alert to forestall the antics of mischief makers who may want to take advantage of this false rumour to cause panic and havoc,” the Commissioner stated.
Similarly, the State Commissioner of Police, Mr. Zanna M. Ibrahim in a statement signed by the Police Public Relations Officer (PPRO), Deputy Superintendent of Police, Mr. Andrew Aniamaka stated that there is no cause for alarm whatsoever in the state as Delta is safe, calm and secure.
The CP stated Wednesday afternoon, 11th October 2017, against the backdrop of false rumours going round that security agencies were engaged in forceful vaccination/ injection of school children with suspected substances in neighbouring Anambra State, and are likely to come to schools in Delta State to do so.

The CP, while reiterating that the rumour is spurious and orchestrated by mischievous elements whose sole aim is to cause unnecessary panic in an otherwise very peaceful and orderly state, calls on Deltans to disregard the rumours and go about their lawful businesses and assures them that the Command will continually do all within its power to ensure their safety and security at all times. 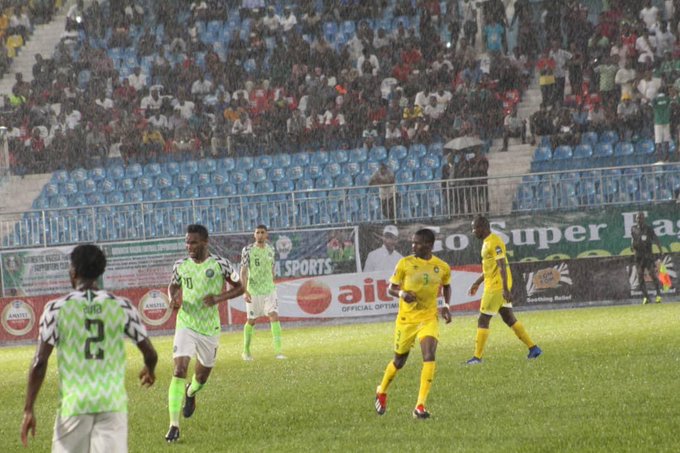 Petition: My case against Buhari, by Atiku