Hon. Emeka Nwaobi, representing Aniocha North in the Delta State House of Assembly made noble imprints on the sands of time on Saturday, October 7th, 2017 when he splashed pecuniary awards on indigent undergraduates from his constituency, doling out cheques to the fortunate beneficiaries.
The occasion which brought joy, laden with emotions and ecstacy to both receipients, their relations and observers including faithful of the Peoples democratic Party (PDP) saw Nwaobi assisted by the PDP Senatorial Chairman for Delta North, Mr. Moses Iduh presented cheques of N100,000.00 each to the beneficiaries at the Oligbo Royal Palace ground, Issele-Uku, venue of the event. It was a presentation of cheques to beneficiaries of 2017 edition of Hon. Emeka Nwaobi’s Scholarship Scheme.

Apparently overwhelmed with joy, one out of the 24 beneficiaries in a vote of thanks on behalf of her fortunate colleagues that benefitted from the Hon. Nwaobi’s gesture, Miss Bidokwu Juliet, said: “Hon. Emeka Nwaobi has lifted a major burden of school fees and purchase of books from our parents. The scholarship of N100,000.00 to us will go a long way in paying school fees and solving other major academic challenges like accommodation and text books. It beat my imagination when I heard I was selected without being a member of a political party or having anything to do with politics. We are grateful, and it is our prayer that God will replenish him and keep him victorious in all his endeavours”.

The Chairman of the day,Mr.. Iduh posited that he was not surprised at what Nwaobi could do as someone who is Godly and passionate about turning around the fortunes for the downtrodden.

He Nwaobi has done more than enough, as he continued to hold sway in the House of Assembly, adding that God can never make mistakes having divinely returned his mandate to him.

Iduh affirmed that Nwaobi had performed based on the giant strides with evidence on the ground and had been able to attract state government’s presence to Aniocha North to the extent that almost all the communities are developmentally touched.

Overwhelmed by the accolades and intermittent ovations for him, Nwaobi returned all glory to God, the giver of power and grace.

He said that the scholarships scheme for the indigent in the society was part of what he promised God that he will continue to do from inception as a Member of the Delta State House of Assembly, stating that in spite of economic recession and loads of pressures he would not deviate from that divine agreement he entered into with God.

The man popularly referred to as the ‘Oji Chukwu Bulu-Uzor’ said, that since he has been working in line with that divine agreement to use his monthly salaries in feeding indigent people in Aniocha North Constituency, God has also given him the grace to sustain his scholarship scheme for the less privileged undergraduates from Aniocha North, which he said is part of his empowerment Programmes.

Earlier, the Chairman of the Committee for the Actualization of Hon. Nwaobi’s Scholarships Scheme for 2017, Monsignor Buchi Aninye, represented by Prince Dr. Henry Emelue who is also a member, has commended the Honourable Member, while giving account of their unbiased work.

According to him, “It is exciting and heartwarming to know that 24 students of Aniocha North origin, studying in various tertiary institutions have been carefully selected and will today receive the sum of N100,000.00 each to assist them in the pursuit of their education. The beauty of it all is that no town in Aniocha North is left out. The recipients of this award should therefore justify this kind gesture by studying hard to excel in their various fields of studies”.

In another development, over 5000 politicians defected from APC and Accord to PDP. It was a moment of truth as the returnees, mostly youths and non indigenes across the local government area, regretted their decisions for leaving PDP and pleaded for amnesty.

The defectors through their leaders, Mr. Chukwunweike Okeleke a.k.a Anwi for the youths and Mr. Oliver Akubueze for the Non Indigenes affirmed their resolve to work in harmony with the PDP leadership to forge ahead politically and support the Governor, Senator Ifeanyi Okowa and the Member of the State House of Assembly, Hon. Engr. Emeka Nwaobi beyond 2019.

They confirmed that after a passionate appeal to them by Hon. Nwaobi to come back to PDP with a view to supporting the re-election of the Governor in a landslide for second tenure and having seen the manner in which he was attracting development to Aniocha North, they had no other option but to take a step of faith and return back to the PDP their original home.

“We are pleased with Hon. Nwaobi and Governor Okowa for the monumental projects they are daily citing in Aniocha North. We were deceived into leaving PDP, but we have now learnt our lessons. In the same vein, we have abandoned Accord and APC and returned to the true and sincere party, PDP. On this note, we hereby endorse Governor Ifeanyi Okowa and Hon. Engr. Emeka Nwaobi for second terms in office”, the two defecting leaders chorused.

The occasion was massively attended by both party leaders and members across the local government area. Meanwhile, various groups from various communities of the LGA came with their dance groups to appreciate Hon. Nwaobi and Governor Okowa for the developmental presence of government in their areas. Of particular mention were the people of Ukwu-Nzu who came specially to show appreciation to the duo of Okowa and Nwaobi for turning the gory looking Ukwu-Nzu road to a city class reference point. 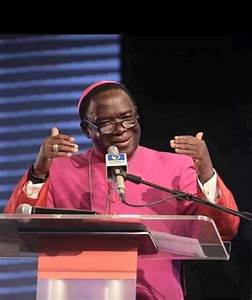