Delta State Governor, Senator Ifeanyi Okowa has urged Nigerians to exploit tolerance, dialogue, reconciliation and understanding in resolving disputes rather than engaging in actions that could lead the nation to another civil war.
The Governor made the call on 07/10/2017 at the 50th anniversary remembrance of the Asaba Massacre held in Asaba, Delta State.
Former Nigeria’s Vice President, Dr Alex Ekwueme; Nobel laureate, Prof. Wole Soyinka; former Governor of Cross Rivers State, Mr Donald Duke; former Deputy Governor of Delta State, Chief Benjamin Elue; business mogul, Ide Sonny Odogwu; Archbishop Emmanuel Chukwuma; Igwe Laz Ekwueme, among numerous others attended the ceremony.
Governor Okowa said: “The prevention of a repeat of such massacre (the Asaba Massacre) starts on the benches of schools, education and places of worship, prevention of hate speeches and prejudice, by weakening the grounds for ignorance, by promoting how to live together and by cultivating respect for all people because, in a world where the local is, but one click away from the global, we need a renewed commitment to dialogue, tolerance, reconciliation and understanding.”

“Today, people are using the power of mass communication provided by the internet and social media to propagate bigotry and to demonize other groups to advance their radical narrow goals,” he said, noting, “in our interconnected world, the deadly potential of propaganda to exacerbate sectarian tensions, terrorism and persecution of ethnic, religious and political minorities.”
The Governor who commended the people of Asaba for organising the memorial event to serve “as a therapy for the psychological and emotional trauma of the October 7, 1967 massacre of innocent civilians in Asaba and to honour those who were tragically felled during this hurtful and terrible episode in our nation’s history,” reiterated, “today is a Memorial Day to pay homage to these victims and survivors, to console the families of the fallen ones, but more importantly, to state unequivocally, Never Again!”
“Through these remembrance activities, we hope that our youths will learn to moderate their conduct in the present, particularly in combating hate speeches and extremism, as I believe that through public events such as this remembrance, we can highlight alternative ways that do not move hate speech to violence and also raise awareness about why it is vital to stand up against the negative power of propaganda while promoting education based on human rights values, which can help young people develop critical humanistic thinking skills,” Governor Okowa who was accompanied to the event by retinue of aides said.
Former Vice President Ekwueme called for activities that will deepen Nigeria’s unity and ensure that it remains an indissoluble entity while, Prof. Soyinka stated that it is never too early to forgive and there is no time limit for restitution.
National President of Ohaneze Ndigbo, Chief Nnia Nwodo in a solidarity speech, decried the level of impunity in Nigeria and the Chairman of the occasion, Mr Donald Duke called on Nigerians to resist anything that could lead to such killings.
Chairman of organising committee for the event, Ogbueshi Ofili Okonkwo disclosed, “every Asaba woman, man or child carries a memory of genocide, it is a ommunal memory of loss and anguish that has stayed with us for fifty years; on 7th October, 1967, soldiers of the 2nd Division of the Nigerian Army entered Asaba” where their activities led to the death of more than 700 innocent Nigerians.
He stated, “all we want is to remember our dead and ensure that future generations of Nigerians know that no good comes from war.” 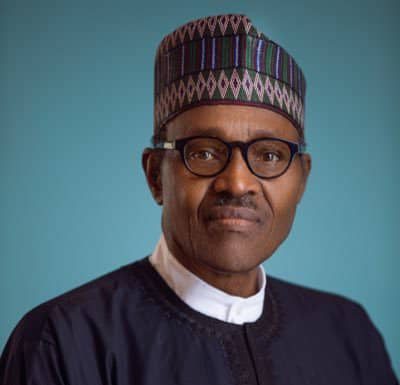 CALL FOR ACTION ON THE PASSAGE OF THE RTI BILL

PDP tells Buhari, Nigeria, bigger than you, party declares at a press confab