The Delta State Police Command has arrested on Tuesday, 24/10/2017 one Emeka Ezeonyi, male, aged 18 years over his alleged involvement in a series of high profile burglaries and theft cases.

A statement from the Police Command in Asaba, signed by the Police Public Relations Officer (PPRO), DSP Andrew Aniamaka explained that Emeka Ezeonyi’s burglary and theft escapades run through the homes and residences of many identified prominent personalities in Asaba, Owerri, Makurdi and Enugu metropolis.

“The suspect, who hails from Umuchu village, in Aguata Local Government Area of Anambra State has confessed that he was responsible for the burglary and stealing of phones, laptops and cash in the Asaba residence of Senator Nwaoboshi and many others which occurred recently in the state,” the statement said.

DSP Aniamaka pointed out that arrest of the suspect by the Delta Police Command was with the effective collaboration of the Inspector General of Police (IGP’s) Intelligence Response Team.

“Meanwhile, the Commissioner of Police Delta State, CP Zanna M. Ibrahim psc while commending the officers who effected the arrest, has expressed delight that the police have once again through effective deployment of tactical intelligence effected the arrest of a budding notorious criminal,” the statement declared. 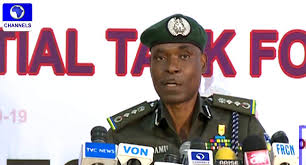