Governor Willie Obiano of Anambra state has proved political book makers wrong with his landslide victory in the Saturday, November 19th, 2017 gubernatorial elections to emerge the winner.
Significantly, Obiano demystified the claims of many political big wigs including his predecessor, Mr. Peter Obi, Dr. Christopher Ngige, and all the chieftains of the Peoples Democratic Party (PDP), and made history by that victory as he has emerged as the first and only candidate of a political party in Nigeria to have won in all the local government areas in an election.
He was clearly the underdog in the election in which e made history as a giant killer. He was never given a chance, from his predecessor Peter Obi who abandoned him at the times he needed him most, to the other notable political bigwigs, including the money bag, Chief Emeka offor of the PDP. Yet, Obiano and his APGA defied the odds, and went boldness confronted their nemesis and came out victorious.
In his victory celebrations, Governor Obiano remains magnanimous and humble in victory as he has since declared that the victory belongs to the people of Anambra state who by their votes expressed their confidence in him.

The governor, in his acceptance speech, which he personally signed, elucidated that the victory belonged to farmers, commercial motorcycle riders and wheelbarrow pushers and others, who now believed that agriculture remains the future of the country.
He said: “With utmost humility, I stand before you to accept the historic mandate you have bestowed on me today. Umu nnem (my brothers and sisters), the victory we savour today belongs neither to Willie Obiano nor to our great party, APGA. No! This sweet victory belongs to Ndi Anambra.”
His party, the All Progressives Grand Alliance (APGA) won the entire 21 LGAs in Saturday’s Anambra governorship election according to results declared by the independent National Electoral Commission on Sunday in Awka.
With the victory, APGA eclipsed the two major political parties, the All Progressives Congress (APC), the ruling party at the Federal level and the PDP, which performed very poorly, emerging lowly at the third place. 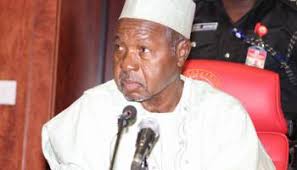