The Peoples Democratic Party (PDP) has said that the return of the former Vice President, Alhaji Atiku Abubakar, would add value to the process of rebuilding the party for greater heights.
In a statement issued by Mr Dayo Adeyeye, National Publicity Secretary of its National Caretaker Committee, the party described the return of Abubakar as “welcome development.
“We are indeed glad that he has realized the unbridled lies and deceit of his former party, the All Progressive Congress (APC). The PDP remains his home; a house he was part of building and which he helped to nurture. We believe his return will add value to the process of rebuilding our party to greater heights.
“This is another milestone recorded by the current leadership of our party in its quest to reconcile, rebuild and restructure the PDP ahead of the 2019 general elections and beyond. “We will continue to remain transparent and dedicated to the service of this party,” the statement said.
The party called on all its members still in the APC or other parties as well as others frustrated in the party to return. “Anyone who is desirous of a return to the era of abundance and freedom under the PDP administration is welcome. “The Umbrella is big enough to accommodate all.”
The PDP urged members nationwide to come together as one family “as we march to Eagle Square, Abuja, on Saturday and Sunday to elect new leaders who will manage the affairs of our party at the national level.

The Turaki Adamawa had announced on facebook that: “Today, I want to let you know that I’m returning home to PDP as the issues that led to me leave it have now been resolved.” 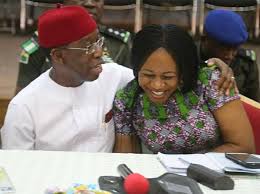