AS Nigerians mark the year 2018 Armed Forces Remembrance Day, Delta State Governor, Dr. Ifeanyi Okowa has decried the level of killing going on in the country.
Governor Okowa at an interdenominational thanksgiving service yesterday (14/01/18) at St. Philip’s Anglican Church, Asaba, stated:“Our desire is to have a peaceful nation.”
The thanksgiving service which was attended by former Deputy Governor of the state, Chief Benjamin Elue, Chief Judge of Delta State, Justice Marshal Umukoro, President, Customary Court of Appeal. Justice Stella Oghene, Head of Service, Mr Reginald Bayoko, religious leaders, heads of military and paramilitary organisations in the state, members of the Nigerian Legion was an event lined up as part of activities to mark the 2018 Armed Forces Remembrance Day which will end today (15/01/18) with the laying of wreaths at the statue of the unknown soldier.
“As we recite the national anthem, we should take time to study the wordings of both the present and the former anthems because, the level of killings we are witnessing in the country today is not what we desire,” the Governor said.
While observing that a lot is still required for the desired peace and unity to exist among Nigerians, Governor Okowa urged the people to pray for true peace which can only be given by God to exist in the country.
According to him, “as we go back to our various homes, continue to pray for our nation for true peace which can only come from God, we must trust in our God and ask that He guides and protect us.”
At the event, Governor Okowa observed that Deltans despite their multi-ethnic nature have accepted that first, they are Deltans and have continued to show love for one another in peace and unity, and called for such to be reflected in the country.
He congratulated Nigerians who fought for the country to remain as one who are still alive and prayed for those who lost their lives in fighting for Nigeria’s unity while also, praying that God should sustain and console families of those who lost their lives in the wars.
Earlier in a sermon, the Bishop of Asaba Diocese of the Anglican Communion, Rt, Rev. Justus Mogekwu stated, “we must bring God back into the affairs of this country, instead of killing people, we should look at how to make life worth living for the people; as Nigerians, we should decry injustice done to any Nigerian anywhere.
“We fought the civil war about 50 years ago, can we say that there is now peace and oneness in the country?  Many people died as a result of the war, we should pray against war because, war brings out the worst in man, whichever way you look at it, there is nothing good in war,” Bishop Mogekwu who decried the level of insecurity in the country said. 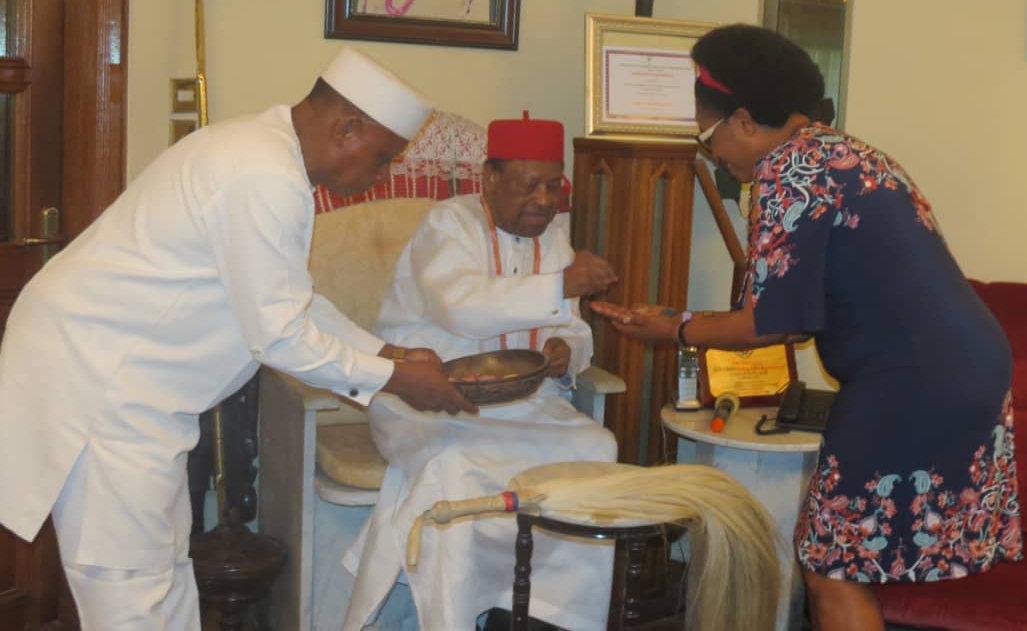 Assembly Service Commission staff to Oborevwori: End bias against us, affirm Commission as part of legislature; Speaker gets 5-day ultimatum