Residents of Direct Labour Agency and Jesus Saves Roads in Asaba, the Delta State capital, will soon heave a sigh of relief as the Governor Ifeanyi Okowa-led administration has commenced construction of storm drainage to solve the perennial flooding challenges in the area, according to the Governor’s Chief Press Secretary, Mr. Charles Aniagwu.

Aniagwu, made the disclosure on Monday [23-01-2018] in response to questions from members of the Indigenous Chapel of the Nigerian Union of Journalists (NUJ) in Asaba.

Aniagwu noted that the perennial flooding which has been a major source of concern to the governor would soon be over with the ongoing deep drains being constructed to channel water from the flood prone areas directly into the River Niger.

The Governors’ spokesman lamented that with the reccurrence of the environmental challenges, the residents of the highly populated areas in Asaba were subjected to yearly flood water as a result many families had to relocate for safety to other areas within the state capital and its environs.

“We have scaled up construction work at the Okpanam road just as we have also  commenced construction of the storm drainage which is expected to take away flood waters from the DLA and Jesus Saves roads.

“You will recall i told you the Governor promised that by October last year, work was going to commence on the DLA Road and Jesus Saves Roads.

“Some persons may think it was a fluke because they are not seeing construction equipment on the roads, but we believe that you cannot go and commence construction on the roads without first dealing with the issue of the flood waters and that is why you are seeing those giant concrete pipes being laid from the discharge end through the road beside the Federal Medical Centre”.

“You can see that a lot of giant pipes have been buried and it’s coming up to Nnebisi road by Uzoigwe Primary School and across to Access Bank and is going to take pipes of about 10 feet in terms of diameter, which means even when you stand inside the ring and raise your hand, it cannot even get to the top. That’s to tell you how big it is”.

Aniagwu further said the pipes were higher than a house ceiling, because the volume of water coming from the axis was enormous, stressing, “it’s not something you just address in such a way that before the next two or three years we are back to where we were.

“After we have been able to tackle it starting from the discharge end, we will now start the construction of the road which is not supposed to take more than three months but this drainage is the major issue and it’s being handled by a reputable and capable construction company and we are very confident that once that is done, those living within that environment will know that there is something different.

According to Aniagwu, the reason the government had to commence the storm drainage was to avoid houses being submerged by flood during the rainy season.

“If we just start the construction of the road without tackling the drainage, by the time the rains come, the tendency of a number of those houses being submerged on account of the volume of flood water is quite potent and we don’t want to progress along that line.

“That’s why we are dealing with the issue of tackling the erosion before progressing to constructing the road. So if anybody is thinking that our promise is not being kept that’s not true because we started this process since last year and we are determined to complete it,” he said.

In his remark, the state NUJ Vice Chairman, Comrade Patrick Ochei acknowledged the gargantuan infrastructural developments across the state by the Okowa led administration despite economic recession.

Earlier, Chairman of the Chapel, Comrade Bartholomew Ineh-Ozah thanked the Chief Press Secretary for the regular interaction with the press and called for greater media engagement as electioneering year approaches. 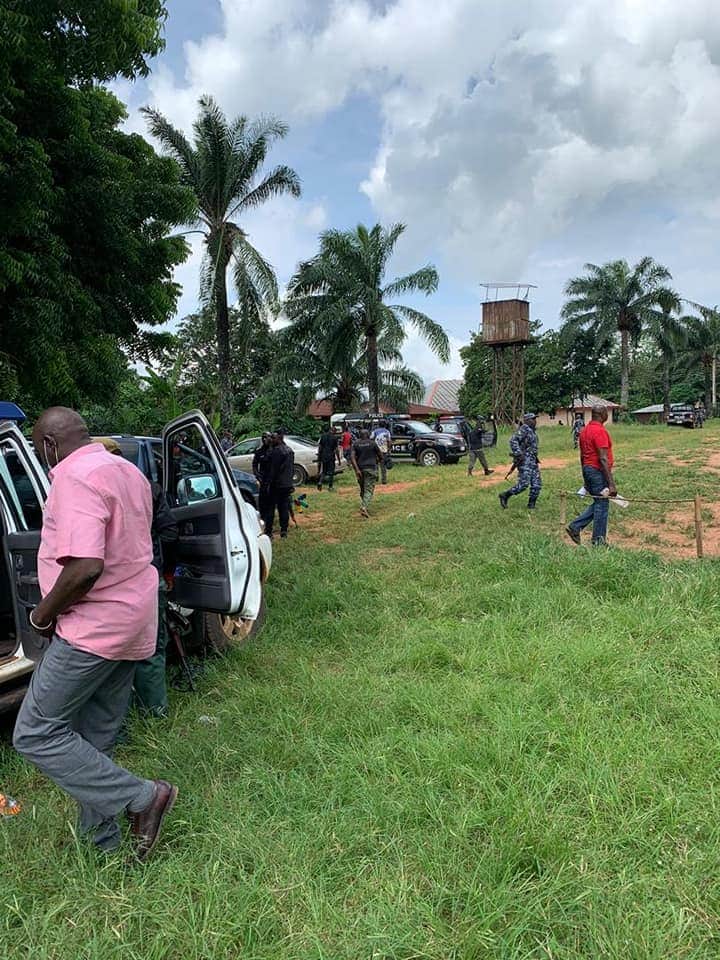