The Kano State Police Command, has advised Sen. Rabi’u Kwankwaso to suspend his proposed visit to Kano State on Jan. 30.

The State Commissioner of Police, Mr Rabiu Yusuf, gave the advice, while briefing newsmen in Kano, on Friday.

He said, the advice was necessary in view of the tension generated by the planned visit, among the people of the state.

According toYusuf, “There is no doubt, the Senator as a citizen of this country has the constitutional right of association, assembly, and above all, movement.

“However, credible Information at the disposal of the command reveals that the proposed visit has generated palpable fears in the minds of the people of Kano State,’’ he said.

He said, there was apprehension among the general populace, including the tendency to hijack the visit by some disgruntled elements and miscreants.

He hinted on the urgent need by the police command to ensure that peace prevailed in the state.

“Therefore, any action or inaction by any person or group of persons that may jeopardize the relative peace the state is currently enjoying must be averted.

“It is the advice of the command that such a visit should be shelved by Sen Rabi’u Kwankwaso, until the tension generated by the planned visit is doused,’’ he reiterated.

He assured that, the command would provide a level playing ground for all politicians, to carry out their political activities, without fear of molestation or intimidation.(NAN) 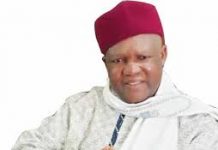