The leaders of the All Progressives Congress in Delta State, and the party 2015 governorship candidate, Olorogun O’tega Emerhor has condemned the arrest and harassment of some APC members and chiefs by men of Special Anti-Robbery Squad, SARS.
The APC leader, while reacting to the arrest of four of the party boys at Evwerni community, Ughelli North Local Government Area of Delta state, Monday night by men of SARS, urged the police not to allow themselves be used by politicians.
The arrest of the four boys which was allegedly masterminded by a PDP lawmaker in the area, Mr Samuel Mariere threw the once peaceful community into crisis as the youths took to the streets to protest, barricading major access to the town.
Emerhor, who confirmed the arrest of the APC members in a telephone chat said; “They came to Evwerni to carry some boys, I think it’s Mr Mariere and his PDP people that did it.
“They invited SARS to come and carry them, maybe they didn’t hear that we won’t participate in their rerun election.
“They came and carried four boys in Evwerni community and I learnt they went to Ominimini’s place also. But we have freed them; we called the State Police Commissioner who immediately acted.
“Their actions threw the community into pandemonium, but I don’t know if they went to other communities.
“We need to condemn this, we should not play politics with human lives, and harassing people with police will not advance peace in Delta state.
“The men of SARS should not allow themselves to be dragged into partisan politics,” he added.

Speaking also, Dr. Christopher Ominimini said that the gunmen who invaded his house at about 2am trying to pull his gate down could not have been policemen, but assassins who came with intention to kill.
According to the APC chieftain, “gunmen invaded my house, they were hitting at my gate. They were pointing touches at the compound from all sides, surrounding the compound. They wanted to force the gate open but they couldn’t. They waited for sometime before they drove away. It was as if they were caring heavy metals.
“It is an attempt to assassinate their head, because I am the chairman of APC Local Government Strategy Committee in Ughelli North. This is a plot to assassinate some of course, because I am a chieftain of the APC.
“Given my level in the society as a chief, as a former commissioner, as a former working committee member of a political party and a P.hD degree holder. A man who has held so many appointments at the state level, and also who is well known. No normal human being will besiege my compound at 2:00am in the midnight, so they are assassins.
“Though the information reaching me says that, the same people went to other places, but I am yet to verify that, but the people who came to my house were purely assassins, because if they were policemen, they would have written a letter to invite me and of course you know I have policemen present in my compound, and not to come all of a sudden to pull down my gate. These men are assassins.
When asked if he has formally made complaint to the police authority, he said: “You know today (Tuesday, January 9th, 2019) is their purported re-run election, so I can’t go out now. I have sent text to top police officers, that I have their numbers.
“I am also making personal investigation, because when they came and were hitting the gate one of them received a call, and the other one was telling him, please stop that phone call, and he mentioned the name of the caller on the phone.
“And these were the people who had organised attack to eliminate me, mostly in the past election, so they are known. I will make a formal complaint to the police and the appropriate quarter where I know justice will be served.
“This is not there first attack; they shot at me in the last election, because they said Ominimini supported Buhari, so they launched attack on me at about the same time 2:00am, where they shot my gate man in Agbarha.
This is the fourth attack, one at the collation centres, two in my compound in Agbarha and this one. They were also trying to jump into my compound, but they felt it was too risky to jump into my premises.
“We saw two Hilux vans, one black and the other white, but the people at my opposite compound said there were other vehicles also behind them. All of them who came were half face covered; we will not keep our hands tied to allow this people to kill us in our own given land. We will complain to the appropriate authority,” Dr. Ominimini said. 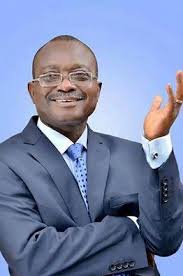