Campaign for the presidential and governorship elections in 2019 will begin in November, 2018, the  Independent National Electoral Commission, INEC said in a   timetable released yesterday, Tuesday, 9/1/2018..
According to the timetable, campaign for the  presidential and National Assembly election will start on Nov. 18, while the campaign for the  governorship will begin on Nov. 2.
Party primaries including the resolution of disputes arising from primaries  have been fixed for between August 18, 2018 to October 7, 2018 for national and state elections.
Primaries for the  FCT Area Council are slated for between September 4 and October 27, 2018.
INEC National Chairman, Mahmood Yakubu told journalists Tuesday in Abuja, that the commission arrived at the schedule of activities after its meeting held on today.
According to him, the Publication of Notice of Election for National and State Elections would be on August 17, 2018 while that of the FCT Area Council Elections would be done on September 3, 2018.
Collection of nomination forms by political parties for national and state elections begins from August 11 to 24 while that of the FCT Area Council elections would be between November 3 and 10, 2018.
Commencement of campaign for the FCT Area Council elections will begin on  December 2.
The last day for the submission of nomination forms to INEC is December 3, 2018 for Presidential and National Assembly Elections; December 17 for Governorship and State Assembly and December 14, 2018 for the FCT Area Council Elections.
INEC equally fixed the last day for campaigns for February 14, 2019 for Presidential and National Assembly Elections as well as February 28, 2018 for Governorship, State Assembly and FCT Area Council Elections.
“Today, it is exactly 402 days to the opening of polling units nationwide at 8am on Saturday 16th February 2019. As political parties and candidates canvass the support of the electorate, the Commission wishes to appeal to all and sundry to eschew bitterness and conduct their activities with decorum. The 2015 General Election was a watershed in the history of our democracy. The Commission is determined to build on this legacy by ensuring that our elections keep getting better”, Yakubu said .
INEC had on March 9, 2017, announced the dates for the 2019 General Elections. “In a clear departure from past practice when dates were announced close to elections, the Commission decided that henceforth our Presidential and National Assembly elections will hold on the 3rd Saturday Of the month of February of each election year, while Governorship and State Assembly elections will hold two weeks later.
When the end of tenure of the FCT Area Councils coincide with the general election, the FCT council elections are to be combined with the Governorship and State Assembly elections.
By these decisions, the Commission fixed Saturday 16th February 2019 as the date for Presidential and National Assembly elections while Governorship and State Assembly elections will hold on Saturday 2nd March 2019.
Since the end of tenure of FCT Chairmen and Councilors will end in 2019, the Area Council elections will also hold on Saturday 2nd March 2019. Consequently, while other Nigerians elect their Governors and Members of State Assemblies, citizens in the FCT will elect Chairmen and Councilors for the Area Councils”, the INEC boss said.
In 2019 the Commission will conduct elections for 1,558 Constituencies made up of one Presidential Constituency, 29 Governorship constituencies out of 36 (7 Governorship elections are staggered and conducted off-cycle), 109 Senatorial Districts, 360 Federal Constituencies, 991 State Assembly Constituencies, 6 Area Council Chairmen as well as 62 Councilor ship positions for the FCT”, Yakubu added. He said INEC will today also issue certificates of registration to 21 new political parties who were registered last month. (NAN) 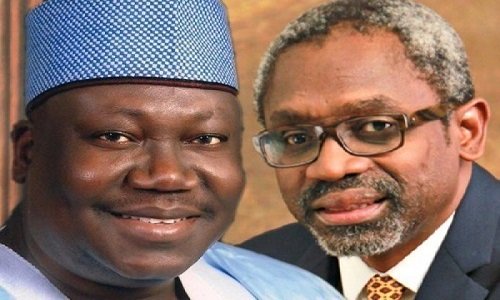