An Agbor based Legal Practitioner and Human Rights Activist, Barr Favour Enuji has called on well meaning Nigerians to rise up against telecommunication giant, MTN over its move to jeopardize Nigeria’s fledgling democracy.
He accused the telecoms giant of nefariously colluding with desperate politicians to jam and prevent such customers from connecting to those they may want to call

In a chat with newsmen at his office, Barr Enuji who also threatened to petition the Nigeria Communication Commission and the Department of State Services over the activities of MTN stressed that if not checked, it could set Nigeria aflame.

He alleged that on Saturday, January 6, 2018 during the Delta State Local Government Council elections, MTN connived with desperate elements of a certain political party (name withheld) to jam and switch off their network within Agbor metropolis particularly, and Delta State in general without notice, thereby preventing other political party chieftains and candidates from getting calls through to their their agents in the field.

“That singular act which lasted between 9AM and 3PM made Deltans unable to call, text, browse or communicate with the outside world in what was going on in the State. As we prepare for the 2019 general elections, one could only imagine the fallout of the jamming of telecommunication networks which could hamper the operation of the card readers as well as prevent the electronic transmission of results as being proposed by INEC”.

He also maintained that if MTN as a corporate citizen could connive with desperate politicians to attain unfair political mileage against their opponents in a simple Local Government Council election, MTN could also connive with coupists to topple the democracy Nigerians now enjoy.

He concluded that MTN should therefore be called to order to obviate this ugly scenario and to send a strong warning to other telecommunication outfits who may have plans to toeing this dishonorable line of MTN. 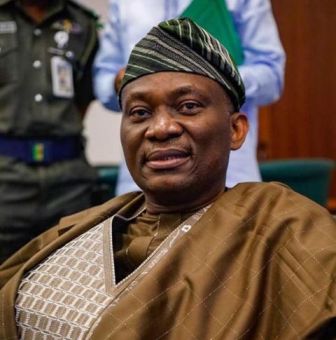