The former member Representing Aniocha/Oshimili Federal Constituency in the Federal House of Representatives, Rt. Hon. Ndudi Elumelu, has congratulated the four newly inaugurated council chairmen from Aniocha/Oshimili Federal Constituency in Delta State, urging them to devote greater attention to grassroots development in their communities.
In a congratulatory message which the former Federal Legislator personally signed, Hon. Elumelu said that he was particularly gladdened by their victory at the recent LG polls in the State, for the fact that the people of the  constituency have, by these victories, demonstrated their continuous preference to the Peoples Democratic Party, PDP.

“Your victory has demonstrated our Peoples strong belief in our great Party, the PDP. They have once again attested to the fact that Aniocha/Oshimili remains a Stronghold of Party.
“And by your success, which was made possible by the peoples votes, it becomes clear that the same people are ready and willing to support you in the delivery of the dividends of democracy to them and that, as a matter of fact, was the reason they have continued to vote for the party,” he stated.

He therefore called on them to use the privilege of their inauguration as Council Chairmen to be committed to the people, adding that their primary goal should be how to meet the needs of the people, even in the face of challenges.
Elumelu also called on them to emulate the State Governor, Senator Ifeanyi Okowa in the area of focus, transparency, fairness, humility, prudence, generosity and above all, absolute dependence on the Almighty God who, saying that without Him, they would not  be able to achieve anything, stressing that the Governor of the State is accomplishing great feats despite the harsh economic situation in the Country, based on these qualities in him.
“You are to key into the SMART Agenda of His Excellency, the Governor of the State, Senator Okowa, who through this agenda, has spread prosperity to the people of the State in a most mature, fair and transparent way across the three senatorial districts.”
He then prayed that God in His mercy, will direct and lead them as they set out to work for the overall interest of the people of the Aniocha /Oshimili Federal Constituency.
The four newly elected Chairmen from  Aniocha/Oshimili Federal Constituency  are, Hon. Chuks Oseme of Aniocha North, Hon. Isaac Awuzia; Aniocha South, Hon. Louis Ndukwe; Oshimili North and Hon. Uche Osadebe of Oshimili South. 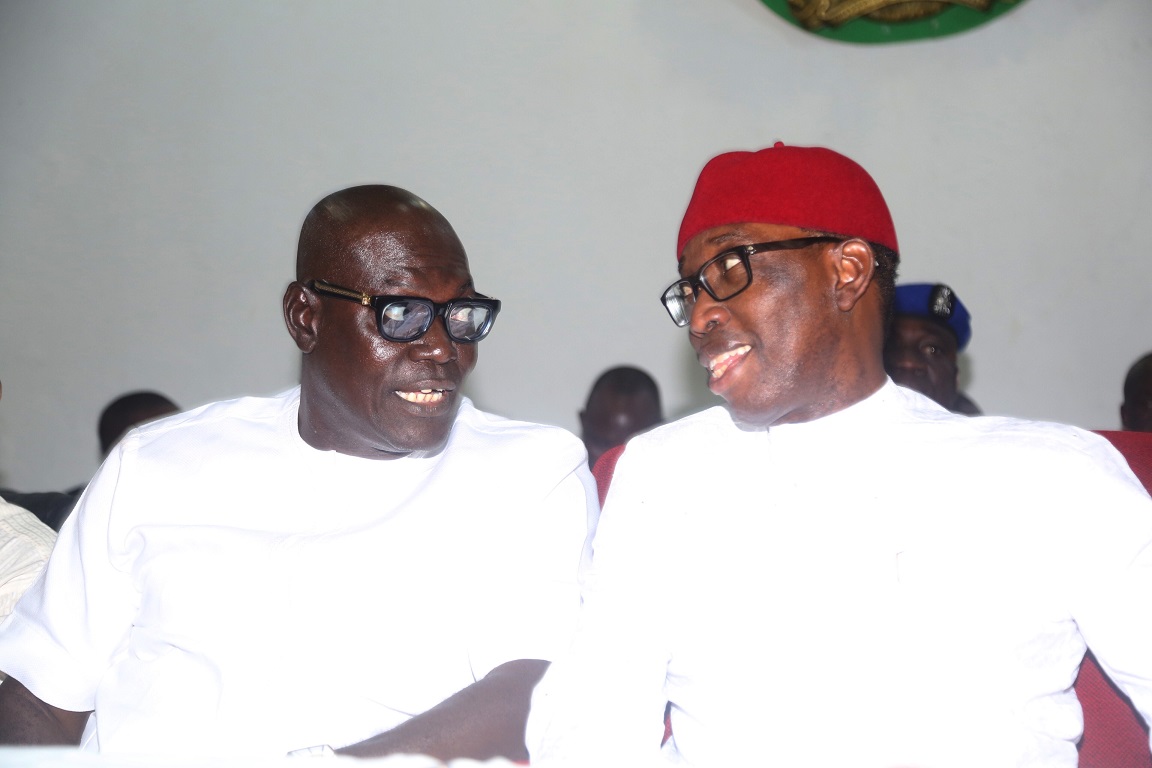