Death has been described as an inevitable which all living beings must pass through on earth.
The Commissioner for Information, Mr Patrick Ukah, spoke through his Special Assistant, Mr. Christopher Nwaoboshi who led a team of senior officers in the Ministry of Information on behalf of the commissioner on a condolence visit to the family of late Augustine Okwuolise at their residence in Asaba.
Mr Ukah who described death as inevitable, urged everyone to leave legacies of meaningful life.
He called on the family to take solace in the fact that Mr Augustine Okwuolise lived a good life, describing him as a diligent and well behaved staff.
The Commissioner prayed God to grant the family the fortitude to bear the loss, which he said was irreparable.
Earlier, the Permanent Secretary in the Ministry, Mr Paul Osahor, said that Late Augustine Okwuolise was a Christian and died as one and should be mourned as a child of God.
Mr Osahor equally added that the deceased who before his death was a very resourceful officer working with the Deputy Governor of Delta State as the Public Relations Officer was a dedicated man and enjoined the family to take heart and be encourage that he was at the bosom of the Lord. 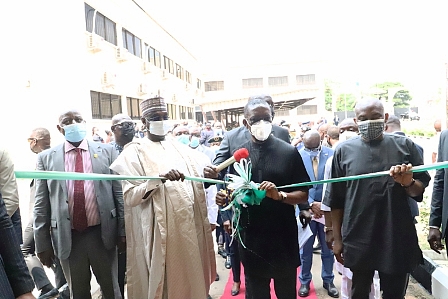