Delta State Governor, Senator Ifeanyi Okowa  has enjoined students in tertiary institutions of learning in the state that are 18 years and above to ensure that they have a Permanent Voters Card (PVC) by going to get registered as voters at the Independent National Electoral Commission (INEC) office nearest to them if they have not registered before.

Senator Okowa gave the advice at the College of Education (COE), Agbor, during a one-day sensitization/awareness on voters’ education in tertiary institutions which was organized by the Directorate of Orientation, Governor’s Office in collaboration with the COE.

The governor, who was represented by the Commissioner for Information, Mr. Patrick Ukah, said the advice become necessary as it would enable them to make a well-informed decision on who represents them at the various levels of government.

“We will be failing in our duties if we fail to tell you of the power that you have as eligible voters; you have enormous electoral power to elect any candidate of your choice but you can only do this if you have your PVC”, Governor Okowa said.

While thanking the Directorate of Orientation and the COE, Agbor, for collaborating to organize the sensitization/awareness programme on voters’ education, the governor implored students of the school to put what they were taught into practice by actively exercising their franchise in a responsible manner.

Earlier in his welcome address, the Executive Assistant to the governor on Orientation, Barrister Eugene Uzum, said the import of the sensitization programme was to adequately enlighten students in tertiary institutions of learning on the need to have a PVC.

He disclosed that the sensitization/awareness on voters’ education would take place in all the tertiary institutions of learning in the state, adding that voters’ education was an essential ingredient needed to stimulate students’ interest in the electoral process.

In his goodwill message, the Provost, COE, Agbor, Dr. Joseph Ukadike, who applauded the thoughtfulness of the conveners of the programme said “this workshop could not have come at a better time than now considering the fact that the country has always been yearning for violence-free electioneering process”, adding that stakeholders in the country’s political terrain should contribute their quota to the attainment of a virile democratic process.

They stressed the need for all eligible voters to register in polling units nearest to their residence so that they will not have any difficulty in going go to vote on election day, adding that they should participate in the electoral process with strong passion. 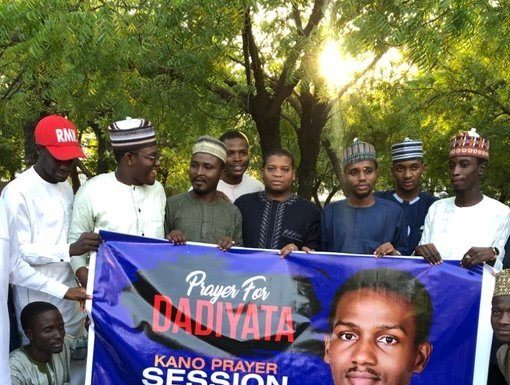