Delta State Governor, Dr. Ifeanyi Okowa has bagged the Independent Newspapers’ ‘Man of The Year, 2017′ award. The Governor was accompanied by his wife, Dame Edith, his predecessors, Chief James Ibori and Dr Emmanuel Uduaghan and other top political office holders to receive the award at a colourful ceremony held in Lagos at the weekend.
In his acceptance speech at the event organised by publishers of Independent Newspapers, Governor Okowa linked the high rate of insecurity in the country to large number of unemployed youths.

According to Governor Okowa, “government at all levels should begin to pay more attention to our youths, we must make consistent efforts to empower them, we need to strengthen technical education and the polytechnics in the country, so that the youths will be equipped with relevant skills to become self reliant rather than be going about with certificates seeking for jobs that are not available.”

“Until we do that, we may not have a great country that we seek today,” the Governor said, adding, “we must also look at family planning because, the level of insecurity that we have in the country is borne out of the joblessness of our youths, we must find a way to control our population growth.”

The Governor who commended publishers of Independent Newspapers for the award and thanked his predecessors for working with him to ensure that dividends of democracy gets to all Deltans, used the occasion to emphasise that most of the challenges facing the country will be a thing of the past if the Independent National Electoral Commission (INEC) conducts credible elections.

“Once we conduct  elections that are credible, it will be good for this country,” he reiterated amidst thunderous applause from the excited audience.
The Governor dedicated the award to Deltans for their support to his administration and their commitment to a peaceful state that is the investment destination of all.
Apart from Governor Okowa, Governor Ambode of Lagos State, bagged Governor of the Year 2017: Governor Samuel Ortom, Governor of the Year, Security; and Governor Nyesom Wike, Political Icon of the Year: Governor David Umahi, Governor of the Year, Agriculture and HRM Oba Adeyeye Enitan Ogunwusi, Ooni of Ife who was honoured as the Bridge Builder of the Year 2017.  Mrs Titi Laoye- Tomori, Deputy Governor of Osun state, the immediate past PDP Chairman of Peoples Democratic Party (PDP) Caretaker Committee, Alhaji Ahmed Makarfi, Mr Tony Elumelu, Senator Ike Ekweremadu, Dr Dale Babalakin, among others, were also, honoured at the event which attracted players in the Nigerian socio-economic cum political space.

Chairman of the occasion, Alhaji Ismaila Isa Funtua in his opening remark, said, “when you look at the list of people this paper is honouring, you will discover that they are Nigerians who have distinguished themselves in various fields of life, I will like to appeal to the media to do her utmost to promote the unity of this country. The media should try and unite Nigerians and stop fanning the embers of disunity.”

The Managing  Director/Editor-in-Chief of Independent Newspapers Limited, Mr Ade Ogidan said the management of the newspaper will continue to honour Nigerians who have contributed to the growth of Nigeria.

Man of the Year’ award: Accolades for Okowa

DELTANS have described the “Man of The Year, 2017” Award conferred on Governor Ifeanyi Okowa as recognition of good governance the Governor has institutionalised through the execution of his SMART agenda.

Former Deputy Governor of Delta State, Chief Benjamin Elue said, “it was a well deserved honour, it shows that the beautiful work that he is doing is appreciated by all, we are happy that our Governor is carrying on with legacy of project delivery.”

Publishers of Independent Newspapers had honoured the Governor with Man of The Year Award in an impressive ceremony that took place in Lagos.

Peoples Democratic Party (PDP) chieftain, Chief Godwill Obielum in his comment stated: “Governor Okowa is working, the award will spur him to do more, we know that he has the stamina, sound state of mind to do what we are witnessing in our state, we congratulate him and commend the Independent Newspapers for the recognition.”

“He deserves the award, he has done very well for Deltans no matter your location and I am sure that more awards are coming, his programmes in the area of empowering the jobless youths are already yielding results and the delivery of physical infrastructure is evident across the state, he is a man of peace and our state is very peaceful today,” Hon. Elumelu who also congratulated his elder brother, Mr Tony Elumelu for bagging an award at the event said,  “Tony Elumelu is a gift from Delta State to humanity, we thank God that his contributions to the development of mankind were recognised at the award ceremony, we are proud of him.”

The Chairman, Governing Council, Delta State College of Health Technology, Ofuoma, Dr. (Pharm.) Nelson Ejakpovi in his reaction said, “Governor Okowa is a gift to Deltans, the way he restored peace in the creeks which made Nigeria to come out of recession, the manner he has checked herdsmen menace, the manner with which he turned jobless people to job and wealth creators, the way he has equipped health institutions and floated compulsory health insurance scheme for affordable healthcare to be available to all Deltans has distinguished him as a man and the University of Nigeria, Nsukka recognised his efforts through ‘the Dignity of Man award’ which was followed up by the Independent Newspapers’ ‘Man of The Year Award’; we thank God for giving us Dr Okowa as our Governor, he is a man, he is the Ekwueme (the man who stick to his words).”

Senator Emmanuel Aguariavwodo who represented Delta Central Senatorial District in 7th Senate said, “the award shows that when you work hard, you will be recognised, it was a well deserved award and we are proud to be part of the team, we are proud to be Deltans.”

The member representing Delta North in the Direct Labour Agency, Mr Smart Meka said, “it was an excellent recognition of the good work our Governor is doing, it was a statement to all that he is hard working and apart from all that he has done across the state, by the time he is through with the storm drainage project, there will be nothing like flood in Asaba again because, he is tackling drainage problems like no other government did, we are happy with the award.”

To Chief Fred Majemite, a PDP Chieftain, “the Governor deserved the award considering the way he managed to sustain the peace we are enjoying in the state, the role he played in PDP during its crisis, especially, during her elective and non-elective conventions and of course, his management of our state affairs. One thing you cannot take away from the Governor is politics, he understands politics and lives it, and of course, you know he is our bottom up man.  I honestly, congratulate him.”

A Delta-born property developer,  Chief Kennedy Kanma said, “when a man of actions positively impact the citizens, and his works address the issue of concern to his people, when his development strides touches so many critical areas and so many people in so many ways, there is no other choice but, to celebrate such a person.  Governor Okowa has done and is still doing a lot of good deeds in Delta State, the award is a well deserved honour.”

Okpanam Youths Organisations, Okpanam, Oshimili North local government area of Delta State in a statement signed by its Chairman and Secretary, Comrades Friday Okonkwo and James Omunizua respectively, stated, “the bold statement Governor Okowa is making through the provision of infrastructure and empowerment of youths have been recognised and we are happy and proud to identify with him, he is opening up Okpanam as part of the capital territory, we are happy with the award, it will encourage him to do more.”

For Hon. Emeka Nwaobi, member representing Aniocha North in the Delta State House of Assembly, the award of “Man of the Year” bestowed on the Governor Okowa, is an honour extremely merited by the Governor for his unmatched general transformation of Delta State through his famous SMART Agenda.

He said the monumental development witnessed in every corner of the State is being attested to by every well-meaning person not only in Delta State, but across the globe, more so when they are aware of the point from where he took over the governance of the state about three years ago, adding that the general testimony of the people based on what they saw, hear and feel, motivated the Independent Newspaper into honouring him with the prestigious award of the “Man of the Year”, among the 36 Governors in Nigeria.

“My Self and my people in Aniocha North are very gladdened and highly excited by this great honour done to you, our indefatigable Governor. Indeed your Excellency, for us in Aniocha North, we boldly affirm that you extremely merited the award bestowed on you by Independent Newspaper, an organization renowned for its balance reportage and developmental journalism,” Nwaobi stated.

He therefore congratulated him on behalf of the people of the Constituency, while pledging the continuous support, corporation and prayers of the peoples of Aniocha North.

“Your Excellency Sir, we in Aniocha North do not have any option than to continue to support your administration. You are a God sent for the fact that Aniocha North have continued to be in all aspect, indisputable beneficiary of your good governance, with projects that has direct impact on our lives located in every part of our Local Government Area.” 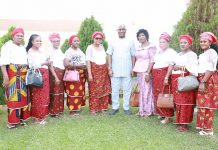 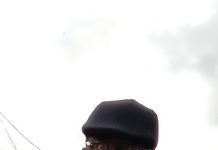