By Chukwudi Abiandu (With reports from Flashpoint news reports)

Irked by the unbecoming behaviours and worrying dispositions for power, control and imposition displayed by some leaders of the Peoples Democratic Party (PDP)in Delta North Senatorial District, Governor Ifeanyi Okowa of Delta State took advantage of the party’s senatorial meeting in Kwale to call them to order in remarks that drew applause from party faithful.

In a thinly veiled dressing down of some political leaders in the Delta North PDP political family, who see themselves as untouchables, as well as political office aspirants whose campaigns have generated negative brickbats in the LGAs, the Governor charged each of the Nine Local Government Areas in the zone to set up an all inclusive college of leaders, even as he has urged members of the Peoples Democratic Party (PDP), not to allow their political aspirations cause division within the party.

Governor Okowa made these assertions on 03/02/18, at a meeting of members of Delta North PDP in Kwale, Ndokwa West Local Government Area of Delta State.

He said: “With 2019 elections coming up, various groups, I dont like to use the word factions, are beginning to cause trouble for us, but, we don’t want to go into the next election in groups. The more united we are, the stronger we will be as a people,” the Governor said, adding, “don’t allow your support for aspirants influence your decision because you do not gain anything by working against the party. We should not use the leadership thing to coerce people into supporting any aspirant. If you are a leader, and you do not allow the ward to present a candidate that is popular, then you are not leader.”

Expressing what sounded like his displeasure over the seeming autocratic and imperial attitude of some leaders in Delta North, whose penchant was to dictate and control all situations, Governor Okowa directed that the PDP in all the LGAs in the zone should evolve a collegiate leadership structure where all the identified leaders, including senior elected political office holders, both in the party and in public office, should come together to determine the equitable distribution and balance of power satisfactorily.
“A College of Leaders should be established to comprise twenty persons in every local government area including the Party Chairman and Secretary, the Senator and National Assembly members among other elected office holders at all levels. We want unity in our party and we should avoid anything that can cause division in our party.
“Leaders must allow the people to choose their candidates and as aspirants, we should be mindful of how we go about our campaigns because primaries will come and go but, we will remain as party men, we will remain brothers and sisters,” the Governor said.
He congratulated the local government chairmen and councilors for their successes in the local government elections noting that the outcome of the elections shows that, “the spirit of love, the spirit of togetherness can only be found in the PDP. I appreciate all our leaders, our youths, our women,” he enthused.
The Governor who used the event to also list some of his achievements in the state, urged political appointees to pay their dues because, it is compulsory for them to do so and to also support the party in their wards.

In his own comments, the Senator representing Delta North in the Nigerian Senate, Senator Peter Nwaoboshi said a lot has been achieved by political office holders in the senatorial district, even as he took time to reel out some of his outstanding achievements as a lawmaker in the Upper Chamber of the National Assembly,pointing out that he was appointed as Chairman of one of the top Committees in the Senate as a first termer and his almost singular effort, as Chairman Senate Committee on Niger Delta Development Commission, NDDC, to ensure that the revised NDDC Act was accented to by President Mohammadu Buhari and passed into law in his first time membership of the Senate
Explaining that his role in the Senate was primarily to make laws, Senator Nwaoboshi, who sounded like he was in campaign mode, however, informed the gathering that he had also scored some major achievements in road projects’ delivery, especially in the Ndokwa axis of the state, activated the process of establishing a Federal Polytechnic in Kwale, involved many youths in the Amnesty training programme of the Federal government and equally included over 20 road projects across Delta North, in the NDDC Budget, for which contracts have been signed and work would commence as soon as possible, now that funding has been released to the Commission.

Chairman of Delta North PDP, Chief Moses Iduh expressed confidence that the party will remain strong in the area and while urging all political appointees and office holders, especially in the LGAs to stay closer to their people and contribute towards building the party at the grassroots, decried the clandestine support lent to the opposition party by PDP party leaders in some wards to make them appear formidable in the last Local government Council elections, even as he charged the LGA chairmen in the concerned areas to identify those responsible and recommend appropriate sanctions to deal with them.
Chief Iduh equally used the opportunity to highlight some of the achievemnts of the Okowa administration, particularly in road infrastructure, even as he solicited for a paradigm shift embracing greater involvement and support to the party from PDP members across board as the 2019 general election approaches. 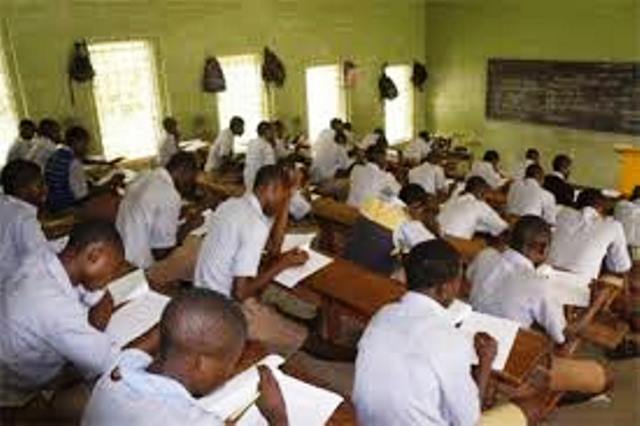 We’ll deploy more resources to other sectors in 2022, says Okowa