Following strong criticisms and general furore generated, the Lagos State Government on today, Thursday, 15/3/2018, buckled under pressure, reducing all levies for its new Land Use Charge (LUC) that had attracted public outcry in the state.
The reduction came two days after the Ikeja branch of the Nigeria Bar Association in Lagos marched against the new law, with its chairman, Mr Adeshina Ogunlana, describing the protest as a clear no to oppressive tax regime in Lagos State.
The News Agency of Nigeria (NAN) reports that Committee for Defense of Human Rights, Joint Action Front and the Human and Environmental Agenda joined the protest in solidarity with the lawyers.
The NBA chapter had also submitted a letter to Ambode dated March 12 and titled “Call For A Re-think and Review of The Land Use Charge Tax, All Other Excessive Taxes, Levies and Charges in Lagos State.”
Earlier, several groups, including the Manufacturers Association of Nigeria (MAN) had also kicked against the new land use charge.
The state, on Thursday, cut commercial charges by 50 per cent, Owner-occupier with third party, including industries and manufacturing concerns by 25 per cent.
It also  waived penalty for late payments across board and tax credits for LUC charges already paid, and introduced Instalmental Payment System.
The News Agency of Nigeria (NAN) reports that Mr Akinyemi Ashade, the state Commissioner for Finance and Special Adviser to the Governor on Taxation and Revenue, announced the government’s new position at Alausa.
He spoke at a media briefing which had all members of the executive council except the governor in attendance.
Ashade said the review was in line with the desire of government to build infrastructure and improve the well-being of its citizens.
“In line with this administration’s tradition of inclusive governance and civic engagement, and as a Government that is committed to the welfare of its citizens and understands the importance of continuously engaging the populace, we undertook extensive dialogue with various stakeholders on the Land Use Charge (“LUC”) revised Law and its implementation.
“Consequently, we received a wide range of responses from  our dialogue with various stakeholders on the amended LUC Law 2018.
“The stakeholders included the Organised Private Sector, Nigeria Bar Association, Real estate investors & developers, Landlord & Resident Associations, Community Development Associations, Civil Society Organisations, Lagos Chamber of Commerce and Industries (LCCI), Nigeria Institute of Estate Surveyors and Valuers and several other professional groups.
“These various interactions formed the subject of extensive deliberations at the meeting of the Lagos State Executive Council on Wednesday, March 14th, 2018.
” The Lagos State Executive Council chaired by His Excellency, Mr Akinwunmi Ambode, therefore resolved as follows:
“1. Commercial Property: Commercial Property owners, who are undoubtedly the stakeholders mostly impacted by this amended Law will be granted 50% discount. This means a commercial property valued at N20 million which was earlier billed N91,200 will now pay N45,600 per annum.
“2. Property Occupied by Owner and Third Party & Property Used for Industrial and Manufacturing Purposes: These categories of property will now enjoy 25% discount. This means that a N20 million property expected to pay N30,720 will now pay N23,040 per annum.
“3. Owner-occupied Property: This category of property will enjoy 15% discount. For a N20 million property, this used to be N9,120. Now, it is N7,752 per annum.
“4. The penalty regime for late payment of LUC has been waived completely. Therefore, LUC payers who have received their bills will no longer be penalised for late payment of bills issued in 2018, thereby providing additional relief to LUC payers.
“5. Other rates and reliefs, apart from the ones stated above, will remain unchanged and will be implemented as stipulated by the Law. These include 40% general relief, 10% for 70 years and above, 10% for properties owned by persons living with disability and 10% for properties that are 25 years old and so on and so forth.
“6. Owners of Property across all categories will now be allowed to make payments by instalments.  This will help to reduce the burden of taxation on our citizens,” he said.
The Commissioner said that those who had already paid the new LUC would be awarded tax credits to the extent of the excess amount paid and carried forward to the following year.
He said that a regulation would be sent to the Lagos State House of Assembly for review and passage, and urged stakeholders to participate in the legislative proceedings.
The Commissioner for Justice, Mr Adeniji Kazeem, said dispute resolution mechanism of the law was also reviewed.
“This new amended law provides for the establishment of five tribunals in the five divisions of Lagos State,” he said.
Kazeem explained that there had been only one tribunal, but the executive council had granted approval and four more be added to accommodate the new amendment.
The new Land Use Charge Law (LUCL) 2018, which applies to real and landed property in the state, had consolidated all property and land-based rates/charges into a single property charge and set modalities for levying and collection of the charge. (NAN) 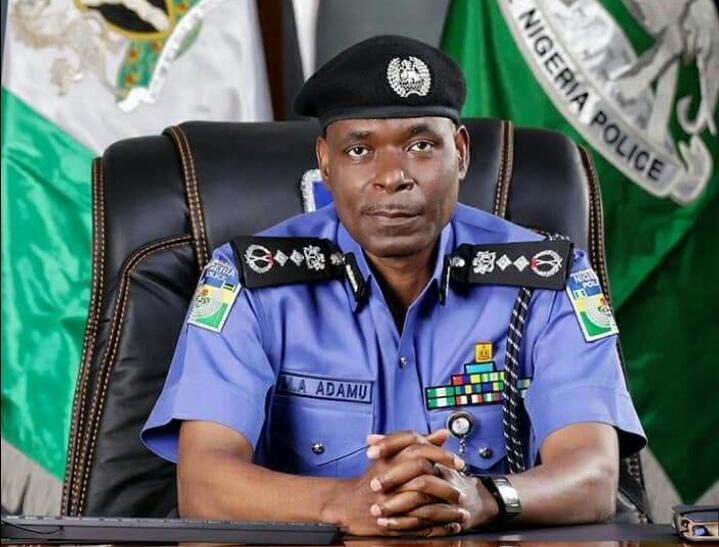 Okowa: Midwife of strong opposition in Nigeria, by Enebeli

We are set for a successful convention, says Okowa; IBB confident of credible...