“They just want an instrument to silence people. It is ironic of course that I should call Nigerians to resist this law,” he said.

The Nobel laureate also condemned the “poor and insensitive” language and commentary of the Minister of Defense, Mansur Ali, on the killings of harmless villagers by the marauding Fulani herdsmen.

“What did you expect them to do after their grazing routes had been blocked?” he quoted the minister as saying at that time.

“This is addressing people whose livelihoods and lives have been taken by the herdsmen. Of massacre and of those whose farmlands and properties have been destroyed by the herdsmen from Benue, Nasarawa, Taraba and Plateau states. Land grabbers are trying to take over people’s land that does not belong to them. Farmers are complaining daily of cattle’s overtaking their lands,” Soyinka lamented.

According to him, President Muhammadu Buhari ought to have by now sacked the defence minister for his inglorious comments, adding that the excuse of some herdsmen for invading some communities in the south was that the Lake Chad had dried up.

He explained that the nation was not the first country to experience natural disasters, and that this was not an excuse to take guns to destabilize other peace loving people in their communities.

On a panel to discuss some of the issues raised by Soyinka were former Governor of Anambra State, Mr Peter Obi; human rights activist, Dr Abiola Akiyode-Afolabi and Dr. Reuben Abati. 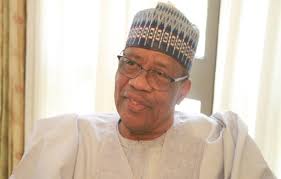