Worried by the pains that Deltans are passing through with killings, rape, the destruction of farm produce, and the forceful take over of people’s farm lands for the grazing of cattle, Governor Ifeanyi Okowa of Delta State in total exasperation of the menace and havoc being caused with impunity by Fulani herdsmen has cried out against the siege of the herdsmen in Delta state.

The governor’s strident cry was his response to the series of complaints made by the people when he visited the people in continuation of his town hall meetings and commissioning and inspection of projects, which he began on Tuesday, March 6th, 2018 with visits to Ethiope East and Ukwuani Local Government Areas.

At the palace of the Ovie of Agbon Kingdom, the Ogurumerume Ukori 1, His Royal Majesty, Mike Omeru, who complained against the menace of cattle rearers in the community, also pleaded with the Governor to see to it that Isiokolo should be removed from the Police Command in Sapele and reurned back to the Ughelli Command. The Ovie explained that it is nearer to travel to Ughelli, which is two km from Isiokolo than to Sapele which is 80km from Isiokolo.

Also shortly after paying a courtesy call at the palace of the Ezia of Ezhionum Kingdom, His Royal Majesty, Evangelist Richard Osanwuta, JP, at Obiaruku in Ukwuani Local Governmrnt, the Governor proceeded to commission the Ezhionum-Abbi Road, a dream come through for the people, High Chief Esumike Joseph, president general of Ezhionum community complained to the Governor against the security challenge posed by the herdsmen and other security threats like cultism, kidnapping among others, with a call on him to come to the rescue of the people.

He stated: “Your Excellency, the major challenge ravaging the peace and progress of all the communities in Ukwuani is the menace of the Fulani herdsmen attack. Recently, our farmers were attacked in their farms and were seriously injured. Three of these men who escaped death are receiving treatment at Oghara Teaching Hospital. We therefore call on the Governor to use the Commissioner of Police to salvage the situation as these foreigners have almost taken over our farmlands.”

Mrs Faith Majemite, the Ethiope East Local Government Chairman at the town hall meeting with the Governor at Isiokolo complained against the harassment of Presco Oil Company Limited, which she alleged has continued to harass and intimidate the people by forcefully acquiring their ancestral lands. Urging the Governor to intervene in the matter of Presco oil firm, Majemite called the attention of the Governor to the fact that more than 70 per cent of the people of Ehiope East local Government Area are farmers, who are also faced with incessant attacks on them by Fulani herdsmen.

Urging Governor Okowa to prevail of the Federal Government to come out with a policy that will put an end to the herdsmen’s menace, Mrs. Majemite said: “ We join the Governor to strongly oppose the establishment of cattle colony in Ethiope East Local Government Area.”

Governor Okowa’s response at every opportunity was strident against the menace of the herdsmen, saying: “On the menace of herdsmen, unfortunately in our state we are under siege. It is unfortunate that a people can come to a place and take over people’s land grazing their cattle on it and destroying farm crops and produce. We have made representation to the Federal Government, urging it to come out with a policy that will put an end to the herdsmen’s menace.
“Unfortunately, the herdsmen have continued to attack people’s farms and destroy their crops and farm produce. It is interesting to announce that the Federal Government has set up a committee headed by the Vice President, Prof. Osinbajo to work out a solution to the problem. It is also on a sad note that I appeal to our people to continue to hold their peace in the hope that a workable solution would be arrived at through a definite policy that will come out from the work of the Vice President’s committee.”
He reassured Deltans that degradation of farmlands as a result of oil exploration activities have made it such that there is no land for Cattle Colony in the state.

On the Presco Oil Company’s security challenge in Ethiope East Local Government, Governor Okowa promised to put another process in place for the National Boundary Commission to return to do the work of resolving the boundary issue. 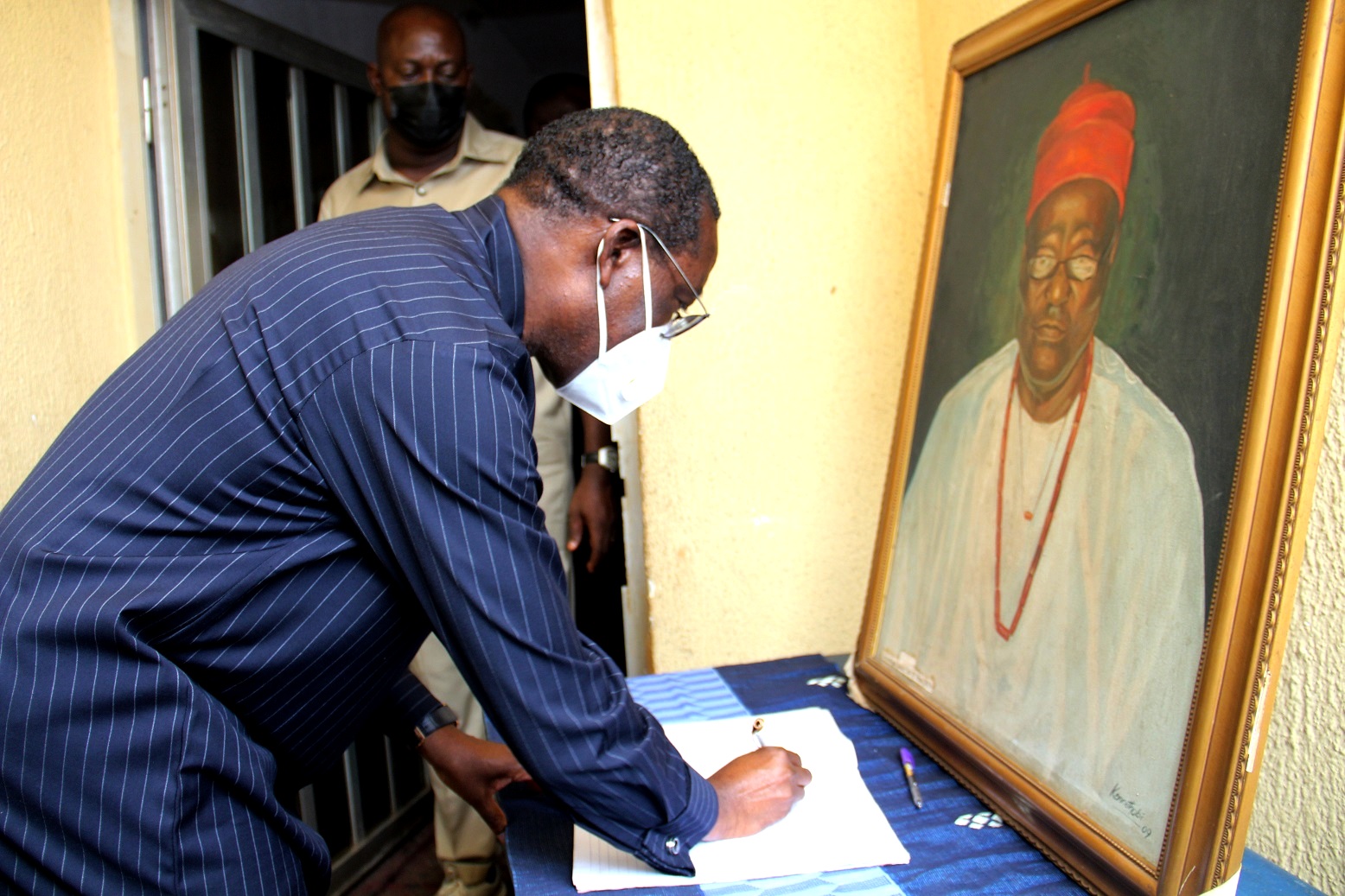