The ancient community of Egbudu-Akah in Aniocha South Local Government Area of Delta State on Monday, March 19th, 2018 rose in overwhelming joy as the Delta State Government confirmed the installation of His Royal Majesty, Obi Paul Nzemeke Okolie 11, as the king of Egbudu-Akah with the presentation of staff of office, thus ending the long drawn succession tussle over who succeeds the late Obi Okolie 1.
Presenting the staff of authority and power to the new monarch, Obi Paul Nzemeke Okolie 11who succeeds his late father, the Delta State Governor, Senator Ifeanyi Okowa, represented by his Deputy, Barrister Kingsley Otuaro, congratulated the monarch, adding that his kingship had been confirmed in line with the Delta State laws after due selection and installation by the king makers of Egbudu-Akah.
The governor at the occasion sued for decorum in the selection process of traditional rulers in the state warning that the state government will not tolerate illegal traditional stools in any part of the state.
Governor Okowa observed that according to the laws of Delta State, it is statutory for the state government to present staff of office to a traditional ruler after due installation and enthronement by his people, pointing out that the Egbudu-Akah presentation of staff of office to Obi Okolie 11 is in compliance with the statute.
The Governor said: “The state government will not dabble into the selection processes of traditional rulers. However, any community that wants a king, must follow due process, which includes selection by the people and formal recognition by the state government as demonstrated by this event.
“It is therefore, necessary for me to warn that the state will not tolerate illegal traditional stools in any part of the state.”
While commending the people of Egbudu-Akah Kingdom for successfully wading through all the processes in the selection of their king, Okowa again pleaded with all sons and daughters of the kingdom to honour their king by co-operating with him to make his tasks lighter. “It is in the best and enduring interest of Egbudu-Akah that the affairs of this community should run seamlessly. Peace always gives birth progress and sustainable development in all their ramifications,” he said.
Urging the Obi to see his elevation as a call to contribute his quota to the development of Egbudu-Akah Kingdom, and that he should continue to contribute to the peace in the kingdom and the entire state, Governor Okowa declared: Your royal majesty, I appeal to you to discharge all your responsibilities in a transparent manner, by being fair and just. You are the father of all your subjects, so you should be just and fatherly to all and sundry.
“As the custodian of the tradition of your people, it is important that you do not, in words or action give any cause to your subjects to doubt your ability to uphold the sanctity of their cherished customs. I sincerely appeal to you to imbibe the democratic virtues of dialogue and consultation in all your dealings with the people. Whatever nuances of disagreement or disaffection that existed in the past, end today as all your subjects should be treated equally,” the governor said.
While proclaiming Obi Paul Nzemeke Okolie 11 as the rightful traditional ruler of Egbudu-Akah according to the documented evidences and processes of selection and installation, the Chairman of Aniocha South LGA, Hon. Isaac Anwuzia, commended the State Government for doing the needful in line with the law by presenting the staff of office to Obi Paul Nzemeke Okolie.
Hon Anwuzia used the occasion to inform the Governor of the deplorable nature of Ogwashi-Uku, Ubulu-Uno, Ashama, Egbudu-Akah road which he averred, had remained inaccessible and source of concern to the people and government of the area.
The Council Chairman pleaded with Governor Ifeanyi Okowa to make the road his pet project just like he had done in other places, maintaining that the ancient Egbudu-Akah community had been cut off from the rest of Aniocha South LGA.
Earlier in a joy-laden mood, the royal family had presented an address through Prince Lucky Obi-Okolie, who appreciated the Delta State Government for recognizing Obi Paul Nzemeke Okolie as the 12th Obi of Egbudu-Akah Kingdom.
The message read that he was crowned on the 19th of November, 2016, in line with the tradition and native laws of Egbudu-Akah, before the kingship tussle which left them devastated before the day of presentation of staff of office (19/03/2018).
The address enumerated other daunting challenges being faced by the community to include lack of tarred road, under-staffed and dilapidated state of the community’s only secondary school, lack of basic learning tools in schools and the economic devastation arising from the crisis which led to the burning of 12 royal houses, three others within the community including the Mountain of Fire Church premises.
Though the presentation of staff of office ceremony was low keyed, it witnessed an open expression of joy and excitement from the indigenes.
Further endorsement of the Obi Paul Nzemeke Okolie’s kingship came from the traditional rulers who were led by the Delta State Chairman of Traditional Rulers Council and Obi of Owa Kingdom, HRM Obi Dr. Emmanuel Efeizomor.
Other royal fathers present were Obi of Ubulu-Uno, Obi of Nsukwa, Obi of Ejeme Aniogor, Obi of Ejeme Unor and Obi of Ashama as well as chiefs and political leaders of note in Aniocha South and beyond.
Governor Okowa averred that having listened to the numerous challenges of the community as enumerated in the Obi’s address, he would channel them to the appropriate government agencies for urgent intervention. 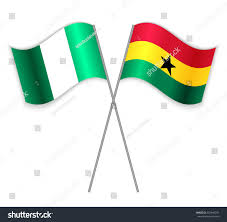 PERSPECTIVE – Holding the centre in Accra

Okowa congratulates Oseji on his elevation to the Supreme Court