Vice President Yemi Osinbajo said the Federal Government is taking multi-pronged measures, such as speeding up work on the Lagos-Ibadan rail and developing Onitsha and Warri ports to ease the congestion at the nation’s premier port in Apapa.
Government, he said, is also working on reducing the frustrations of importers at the seaports and passengers arriving Nigeria at the airports.
Osinbajo spoke at the 7th Presidential Quarterly Business Forum, in Abuja.
He said General Electric will soon begin work on the old narrow guage rail lines, linking the north and south having been granted a concession.
“Also in the private sector, one of the members of that consortium – APM Terminal, is going to do something on a railway station on the way to Ibadan and trying to develop an inland port there. They say they can do this in 10 weeks and we hope that means a further reduction in the pressure on the Apapa port.
“Asides from that, the Standard Gauge Line which is funded by the China EximBank has already started and taking off from the Apapa port.
“We expect that by the end of this year, we should see significant progress between the Lagos-Ibadan end of that Standard Gauge Line. As a matter of fact, our target is to have that bit of it concluded by the end of this year and we hope we can achieve that. So that would move goods from the Apapa port out of Lagos to at least as far as Ibadan, before going to Kano which is the terminal point of the Standard Gauge Line.”
Osinbajo also disclosed efforts by the government to develop the ports in the eastern part of Nigeria. He said that a concession agreement on Onitsha port is being finalised.
“The concession agreements on that have been finalised, all the technical evaluations have been done, it is going to the Attorney-General’s office and we expect that it should be sorted out very shortly.
“In that same Eastern port axis, there is a Warri port, the technical evaluation is still going on, it hasn’t been concluded yet but we expect that it should move on very quickly.
Osinbajo also reeled out government efforts to ease the discomfort of importers at the ports and people arriving Nigeria via the airports.
He said government is working on getting advance information on arriving passengers at the airports.
“This enables us to do two things; one, it enables us to give visas on arrival because you already have the information of the passenger. Secondly, it removes the necessity of more than one person checking the passport because you already have advance information, the other security person works from the backend. We expect that when that is installed, we would be able to achieve that and remove the nuisance of two, three people checking passports.
“Last week, we held a meeting with all the agencies that are usually at the ports, and you find that there are several of them. The idea is to reduce this number and ensure only those who must absolutely be there are there. There are some who don’t need to be there but rather be summoned when their services are required.
“The permanent solution we are proposing for bringing in and taking out goods from our ports is through our single window, the National Trading Platform. We have gone very far with that, and we expect that should be on stream very shortly. We are at the point where this is going to FEC for a final approval.
“With the single window, a lot of the stress will be greatly reduced, and with the appropriate scanners run by concessions with PPP arrangements, we should be able to achieve greater ease of coming into our ports and exporting goods from our ports.”(NAN) 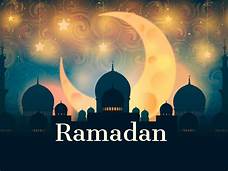 Defection: Delta APC says it will not miss Uduaghan