The Chief of Army Staff, Lt.-Gen. Tukur Buratai on Monday inaugurated a 10-man committee to probe the allegation leveled against the Army by Lt. Gen. Theophilus Yakubu Danjuma, who retired as chief of army staff almost 40 years ago.
Danjuma on March 24th, 2018 at the convocation of Taraba State University in Jalingo,  alleged that some troops on internal operation in Taraba colluded  with killers and marauding herdsmen and did not protect the people against attacks.
“You must rise to protect yourselves from these people; if you depend on the armed forces to protect you, you will all die
“I ask all of you to be on the alert and defend your country, defend your state,”
he admonished.
Danjuma said the unnecessary killings, which is akin to “an act of ethnic cleansing” being perpetuated against the people of Taraba, specifically, and Nigeria, at large, must stop.
He then accused the military of being part of the killings: “This ethnic cleansing must stop in Taraba, and it must stop in Nigeria. These killers have been protected by the military; they cover them and you must be watchful to guide and protect yourselves because you have no other place to go”.
Danjuma’s call ignited mixed reactions around the country and it now appears, the military wants to get to the root of the accusation.
The Army in February deployed troops in Taraba and five other states under “Exercise Ayem Akpatuma – Cat Race,’’ to assist civil authority in tackling herdsmen/farmers clashes and other forms of criminality.
Inaugurating the committee, Buratai noted that the allegation by Danjuma could make Nigerians lose confidence in the Army, hence the need to investigate to determine its veracity.
According to him, the deployment of soldiers in recent military operations, particularly in Taraba state has been criticised by individuals and interests groups from different sectors of the society.
“Some of these concerns have come from the state government, Non-Governmental Organisations and very senior citizens from the state.
“Most recently on the 24th of March, 2018, a former Chief of Army Staff, Lt.-Gen. T.Y. Danjuma (rtd), speaking during the convocation of the Taraba State University, alleged that the Armed Forces of Nigeria, colluded with the armed bandits and other criminal element in the society.
“Statement of this nature could damage the reputation of the Armed Forces of Nigeria and thus cannot be ignored if the Nigerian Army is to continue to earn the trust of the populace.
“Thus, it became imperative for the Nigerian Army to set up this panel to confirm the veracity or otherwise of this allegation,’’ Buratai said.
He said that the army was well spread across the country and deployed in virtually all the states for one internal security operation or the other.
“So, here lies the need for the army to get it very clear and to get its name out of this unnecessary allegation.’’
The army chief, however, stated that the army was “ready to take responsibility if found to have colluded with criminal elements as alleged.
Buratai, therefore, charged the committee to do a thorough job as members were carefully selected.
He also charged them to visit all flash points, particularly in Taraba and interact with stakeholders and interest groups, as well as other states to come up with a comprehensive report.
According to him, the task at hand is a burning national issue. He urged the committee to treat this assignment with all the seriousness it deserves.
The head of the committee, retired Maj.-Gen. John Nimyel thanked the chief of army staff for the confidence reposed in members and promised to do a thorough job.
“We are going to try to present to you an acceptable report for the good of the Nigerian Army and nation. This is all I can say for now,’’ Nimyel said.
The News Agency of Nigeria (NAN) reports that the committee has 10 days to submit its report.
The National Human Right Commission (NHRC) and Civil Society Organisation (CSOs) were represented on the committee. (NAN)

APC loss, PDP’s gain: Adingupu, Major Okafor, supporters dump APC in a barnstorm; Nobody can pitch me against my predecessors, says Okowa 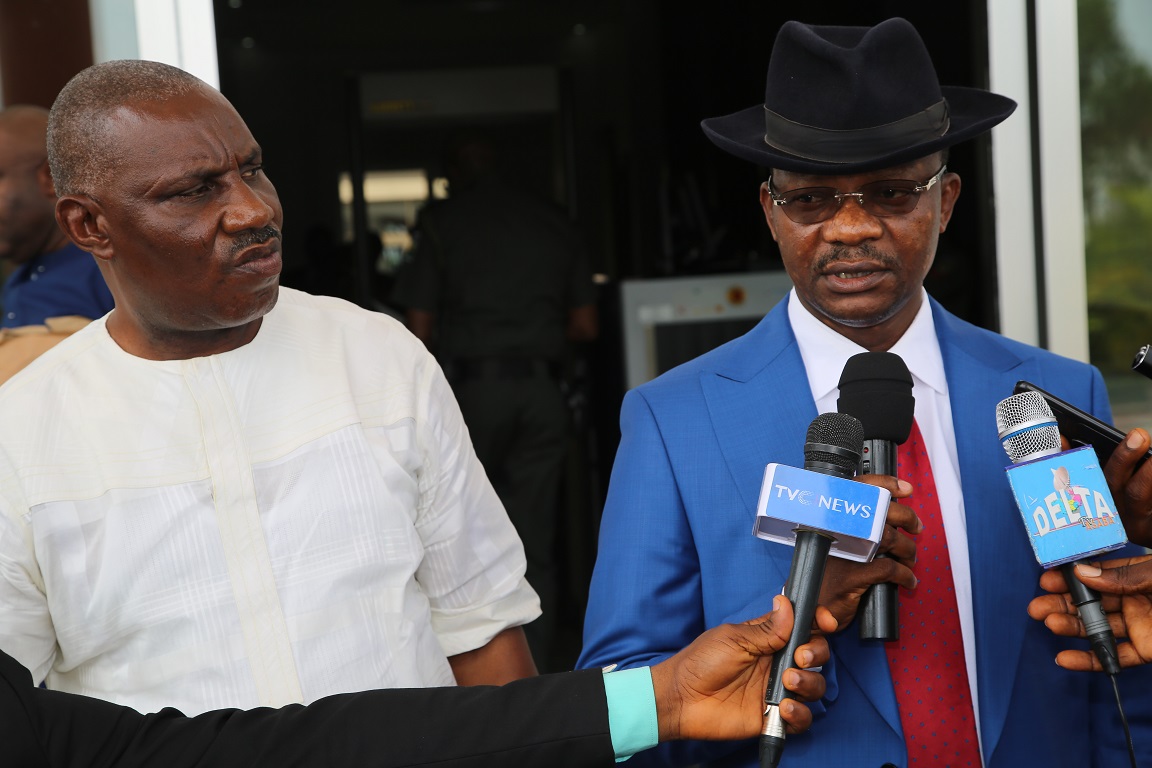