Worried by the indiscriminate parking of trailers along roads in Warri and Effurun environs, the Delta State Government has planned to build a 1,000 capacity world class trailer park in the State.
The Commissioner for Transport, Mr. Vincent Uduaghan, disclosed this when he took his turn to brief the press on the activities and achievements of his Ministry at the Conference Hall, Ministry of Information, Asaba.
Uduaghan stated that Government had approved the construction of the Park at Effurun in Uvwie Local Government Area, on a Public Private Partnership (PPP) arrangement.
He said: “When fully operational, the scheme will provide direct and indirect jobs for the teeming youths in Delta State.
“The essence of the tankers park at Warri is to decongest the Nigeria Ports Authority (NPA) Expressway where petroleum tankers’ park indiscriminately and in the process pose danger to lives of other road users.
“It will also address the menace of highway gridlocks and environmental degradation caused by commercial and private petroleum tankers and other high axle trucks that visit Warri and environs.
“The revenue generated from the park will be used to maintain the existing park as well as boost the Internally Generated Revenue (IGR) of the State. A consultant has been commissioned to collect the fee and a task force for the decongestion of petroleum tankers from the NPA Expressway, Refinery environs and the Ubeji-Ifie axis has been inaugurated.”
He also stated that the State Government had inaugurated a supervisory committee to continuously supervise and monitor the operation of commercial motorcycle and tricycle operators in the State.
“The scheme will enforce compliance with the wearing of vests and helmets, and had provided about 1,041 jobs for its members and other Deltans.
“The scheme has also ensured the harmonious relationship between the State government and the tricycle operators across the State as well as contributing to the internally generated revenue of the State.” he said.
Speaking on the privatization of Delta line, the Commissioner said: “The present administration deems it fit to privatize the Delta Line Company to divest 60% of the State’s share under a Private Public Partnership to avoid issues of mismanagement over the years concerning the Company.”
He declared that the process of the privatization was still on-going, saying that the benefits when privatized include, repositioning the Company to be in a better position to serve Deltans, and assured that Deltans would have a feel of reaching their desires routes through the new partnership.
To build an effective drivers pool for the State, Mr Uduaghan disclosed that 200 drivers are currently being trained in the 2017/2018 session while approval had been given by the state government for the training of more 250 drivers for 2018/2019 training session by the Directorate of Transport.
He explained that the issues concerning stagnation of drivers in the State Civil Service would be a thing of the past, even as he said the benefits of the drivers training school include progress in drivers’ career from Salary Grade Level 07 to 14 in the Works Superintendent Cadre; polish Driver’s in terms of character and expression in the discharge of their duties.
Others include enhancing the general productivity, mentality, psychological and emotional balance of drivers’ with their bosses and the Public; sharpening the level of road safety as it concerns road signs and symbols as well as their observance of Safety Rules and Regulations; it would help drivers’ to be mechanically alert in case of any incidence or occurrence in their vehicles, before getting to a Mechanic. 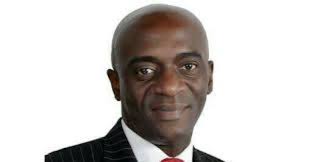