By Chukwudi Abiandu
Governor Ifeanyi Okowa of Delta State used the occasion of the Democracy Day celebration today, 29/5/2018, to turn the focus of the people of Delta state to the Almighty God, virtually enthroning the Creator of heaven and the earth as Lord over the state.
At an impressive ceremony to mark the third anniversary of his administration and tagged “ Praise worship and thanksgiving event for the administration” indeed, lived up to its billing at the Event Centre, Okpanam Raod, Asaba, venue of the programme, and witnessed by personalities from all walks of life.
It involved the Christian clergy of all denominations, monarchs, past governors of the state, including Chief James Onanefe Ibori, his successor, Dr. Emmanuel Eweta Uduaghan, and their deputies, Chief Benjamin Elue, Prof. Amos Agbe Utuama, top security personnel, including the army, navy and the police, as well as legislators, both at the National assembly and state house of assembly, among a teeming throng of other men and women across the state, Deltans and non Deltans living in the state.
The occasion brought joy, ecstasy and camaraderie to the people of the state and their leaders. It was a delight to see the present and past leaders of the state, from all the three senatorial district of the state unity under God, worshipped and sang praises to God, in acknowledgement of the mighty deeds of all these years, and in particular, for the three years of the Okowa administration in the state.
Notable and popular gospel artistes that included David G, samsong, Oyelade Elijah, Prospa Ochimana, Sammie Okposo and Chioma Jesus, at various times gave powerful praise and worship renditions that brought down the presence of the Holy Spirit.
In his sermon, Rev. (dr.) Felix Omobude urged those in leadership positions at all levels to see their positions as opportunity given to them by God to, and should therefore use their positions to serve and honour God.
He called on all Nigerians to go and get their personal voters cards, pointing out that democracy is an event to regard good works and punish bad leadership. “When you are given opportunity to serve, you must take care of the work entrusted into your hands. Greatness is a combination of little things done right, “ Rev. Omobude said, pointing out that what should be upper most in the minds of those entrusted with leadership positions is “Have I pleased Him (God) who placed me here?”
Arguing that all those in service positions must serve with humility, he commended the sincerity of purpose that Governor Okowa has brought to serve, as well as his humility.
Omobude said: “You cannot under estimate the import of good governance. What we need in this country is good governance. Think of the overall good for the people; as a governor, you may not be able to touch everybody, but leave Delta state better than you met it.
“I rejoice with Delta State. I salute the leadership past and present. The di8versities in Delta state have become your coat of many colours, and it is worth celebrating. There is no way Delta state will go down. This is a great state, a great people. Delta state has contributed to national capacity. Delta State you cannot afford to go under, you can only go forward.”
Omobude, told Governor Okowa, saying: “Use the opportunity you have to serve serve to honour God. Walk humbly.”
While taking his turn to pray for Delta State, notable evangelist, Rev. (Dr.) Uma Ukpai, who took his initial text from Psalm 67:3-7, described Nigeria as a gigantic paradox.
He told Governor Okowa that we are this poor in Nigeria because we don’t honour God. Nigeria has no business with poverty. I have heard of the things you have done, but I am here to tell you that you can do more.
Praying, he declared prophetically, among other declarations, saying: “This state (Delta State) shall lead Nigeria. Nothing is impossible to him that knows how to pray. God shall take over Delta. This day is a day of new beginning for Delta State.”
Governor Okowa while thanking all those who found time to grace the event, attributed the success of his administration to the glory of God, asserting that “We believe our God that it will get better and better.”
He said: “As we give thanks to God for what He is doing for us in Delta State, I wish to appreciate every one of you, every Deltan, you have played different roles for things to get better.”
“When you have Jesus as your Lord, nothing can go wrong. We promised our people that we will create jobs, we have created a lot of it, we have continued to build on the foundations laid by former Governors James Ibori and Dr. Emmanuel Uduaghan; we will continue to execute projects that will impact on our people, our state is peaceful and we need the cooperation of everybody to sustain the peace, investors are coming and more investors will still come.
“In the next few months, we will create a new Delta State that we all will be proud of. We have encouraged youths participation in sports through the Principal and Headmaster’s football championships, the Ministry of Basic and Secondary Education will organise athletics competitions, and in August this year, 54 African countries will converge in Asaba for the 21st African Senior Athletics Championships.”

Governor Okowa also announced that the Asaba Airport has been opened for business, and that the airport without sounding immodest, has the best runway in Nigeria.
He disclosed that a lot of projects would be commissioned across the state in the next few days.
Earlier in a sermon, the President, Pentecostal Fellowship of Nigeria, Rev.d Dr. Felix Omobude said, power belongs to God and urged those in authority to use their positions for the benefits of the masses.
The closing prayer for the event was said by Most Rev. Michael Elue. 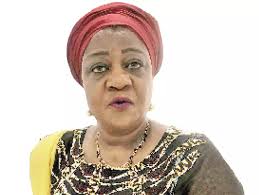