In preaching social reforms the world over, one very illustrious personality that comes to mind is Evita Ochel; a Canadian social consciousness teacher, nutritionist, writer and scholar, who holds strongly the view that the most luxuriant way to positively impact our society is to first work on the minds of the young adults. She stated in one of her papers thus: “Until you realize how easily it is for your mind to be manipulated, you remain the puppet of someone else’s game.
It is the same message that Chukwumah Philip Ugbomah is preaching; the reawakening of the social consciousness of the youths of Ndokwa East to rise up to the dynamic challenges of the time. A message that totally repudiates any attempt to fall for the manipulative devices of sit-tight leaders.
Born on May 19, 1984, to the family of Chief and Mrs Cyril Chukwumah, young Phillip was practically raised in God’s vineyard by two Roman Catholic Priests, Rev. Fr Oliver Ofor and later Rev. Fr. Chris Ekabo, who saw in him a shining light that must be protected at all cost. He grew up learning to serve God and humanity in truth and virtuousness. His father, Late Chief C.E Chukwumah, a well-respected high Chief of Ndokwa nation, a strict disciplinarian and a seasoned bureaucrat who rose through the ranks to become the Director-General of the Federal Railway Cooperation, thoroughly imbibed in him and the rest of his siblings the need to be hardworking and diligent in whatever they chose to undertake in life. This explains why Phillip is today a workaholic and a go-getter who would stop at nothing to get the job done.
He had his first academic baptism at Ogwezi Primary School Aboh, in 1994. He obtained his first primary school leaving certificate, then proceeded to Aboh Grammar School, Aboh. After six years of rigorous academic drilling, Ugbomah successfully passed his National Examinations Council (NECO) exams and graduated from the school in the year 2,000.
Like a child fully prepared for greatness, Phillip progressed to the prestigious Ambrose Ali University, Ekpoma, Edo State, to study civil and structural engineering, graduating in the year 2007, as one of the best students in the faculty. He undertook his mandatory National Youth Service Corps (NYSC) programme in 2008 as a classroom teacher in St. John of God Catholic School, Awka, Anambra State.
As a student in AAU, Ekpoma, Phillip left his footprints in the sands of time. He was in the institution not only for the acquisition of paper certificates, but also for the rigorous but bountiful self-purification for the herculean task ahead. In the university, Phillip cut his teeth in politics, winning all of the positions he ever contested for. He ran for the office of the department’s Director of Socials and won in a landslide. He however, proceeded to run for same office at Students’ Union Government (SUG) level, and won as well. He left the institution with several medals for academic astuteness, student activism and unequalled indefatigability.
Today, the story of Chukwumah Phillip Ugbomah can be told with favourably by those who witnessed his gentle metamorphosis to greatness. He represents an embryonic portent of a total paradigm shift for his generation. He is the employer that has never been employed. Apart from his two- time Industrial training as a student on IT with the Delta state Direct Labour Agency and COGIPPA construction LT, Port Harcourt. He left the passing out parade ground in Awka, proceeding straight to Asaba to birth the CPU Construction LLT Nig LTD, a firm that is at the moment one of the fastest growing indigenous construction companies in Delta State, Nigeria and Africa, with a workforce of over two hundred (200) direct and more than six hundred and fifty (650) indirect employees.
In politics, he is viewed by his friends as one of the most fascinating and compelling players in Ndokwa East politics. As the Director-General of Okowanisation Group; a body of professionals and businessmen who heavily supported the governorship ambition of His Excellency, Senator (Dr.) Ifeanyi Okowa, in 2015, Chukwumah remains an enigma wrapped inside a super-imperial political brainteaser.
In giving back to the society, Chukwumah has never been found wanting. His CPU Foundation has for the past five years awarded innumerable forms and packages of scholarship to deserving Ndokwa students. He has trained countless numbers of youths in artisanship, and has given employment to many. He is presently the leading financier of five orphanage homes run by Catholic Nuns across the country. He is a leading light to this generation.
Recently, Chukwumah heeded the call of his people of Ndokwa East Constituency, to contest for a seat in the State House of Assembly. He has thrown his hat into the race. His campaign slogan is “re-engineering the fortunes of Ndokwa East”. With Chukwumah, things will never remain the same again. He is a sturdy campaigner for the amelioration of the pathetic condition of his people, if not total emancipation. His personality comes off as the amiable eccentricity often associated with princes sporting social consciousness. He is the bridge between the old and the young, the future and now. 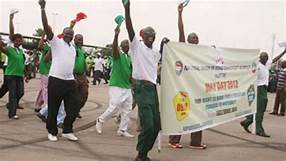