Overzealous security operatives, including the Chief Security Officer (CSO), Government House, Asaba, men of the Department for State Security, DSS, and officials of the Nigeria Security and Civil Defense Corps, alluding to orders from above, barred journalists from covering the visit of former Vice President, Alhaji Abubakar Atiku, to Asaba, Delta State today, 26/6/2018.

At the Asaba International Airport, where journalists gathered, men of the DSS, the police, NSCDC, including the airport security officials and the Chief of staff, government house, conspired and prevented journalists from gaining entrance to into the airport to do their professional duties.

Journalists were threatened to be shot by a female NSCDC staff who mounted sentry at the arrival Hall, and who failed to put on her name tag, but who lied that she had orders from Governor Ifeanyi Okowa to shot and maim any journalists that failed to stay away.
She told specifically to the Daily Trust correspondent.

Also, the CSO, Government House, was particularly uncouth and uncivil in his language to the journalists, who asked to be allowed into the airport lounge to do their work. The CSO shouting at the top of his voice and full of emotions yelled at the journalist, saying: “You people can go and report that security men stopped you from covering the visit of Atiku.”

Atiku who is visiting the State to consult Governor Ifeanyi Okowa on his ambition, the head of DSS at the Airport whose identity was unknown at press time, said “we are under instruction not to allow journalists into the Airport to cover the arrival of Atiku.

“All journalists should go to Government House to wait; they gave us directive to bar journalists so that they cannot give a counter directive without letting us know.

“If you guys don’t respect yourselves I will order my men to force you out”. He immediately ordered about five mobile policemen, three Civil Defense men and four DSS officials to push journalists out. 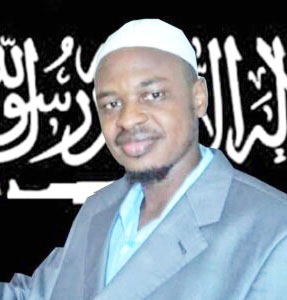 Pantami can be prosecuted for terrorism, says Ozekhome

PERSPECTIVE – Attahiru: The lessons we must learn!